The current chapter of the John Carter Jr. story might be set in Saugus, in the home he lives in with his wife, Susan, whom he’s been married to for nearly 50 years.

But Carter’s tale started at Wilshire Hospital, then takes us to Kenya, (or Keenya, as it was commonly called in the 1950s, when John and his family lived there) then to Oklahoma, then Italy and South America, through his service in the Navy.

And then the journey goes back into the movie industry, the family business, where he invented and pioneered technology enjoyed by pretty much anyone who’s ever watched a film, and then became a small-business owner in the San Fernando Valley. He then moved to Saugus about 30 years ago, after watching his dad win an Academy Award for his work on a pretty significant film you might have heard of by Steven Spielberg called “Jaws.”

Carter was able to take his experience from the Navy, and the knowledge he learned in working with state-of-the-art technology, to create a couple of tools that, while they’ve since been updated, are still in use today.

John Carter Jr. grew up not far from Hollywood, and at a young age, he learned his way around the film set. He was raised in the San Fernando Valley until about the third grade, when his father, renowned sound engineer John Carter, had an opportunity to create a film company in Kenya with a business partner.

“When I was 7, I went to Kenya,” Carter Jr. said. “My dad was in the movie business, and he went out there to make movies.”

Unfortunately, the partnership was ill-fated.

“His partner stole the money and left him stranded,” Carter said. “He was stranded there with a wife and three kids.”

Carter’s father struck up a partnership with the Kenya government, and worked with Kenyan officials on promotional films, while Carter says he enjoyed an idyllic childhood, surrounded by nature and wildlife like nowhere else on Earth.

“It was just a wonderful place to grow up,” Carter said, “back then, there were animals everywhere.” Carter developed a British accent, which he would lose later in life, as he attended British boarding schools in Kenya, and also touring through Tsavo East National Park.

The family stayed there for 10 years, Carter said, and then when the movie “Hatari!” came to Kenya, both he and his father worked on the film, the elder Carter as the sound engineer, and the younger working on “cabling” for the crew.

“Eventually, he saved up enough to get us all back home,” Carter said, but he would soon face a whole new set of challenges. 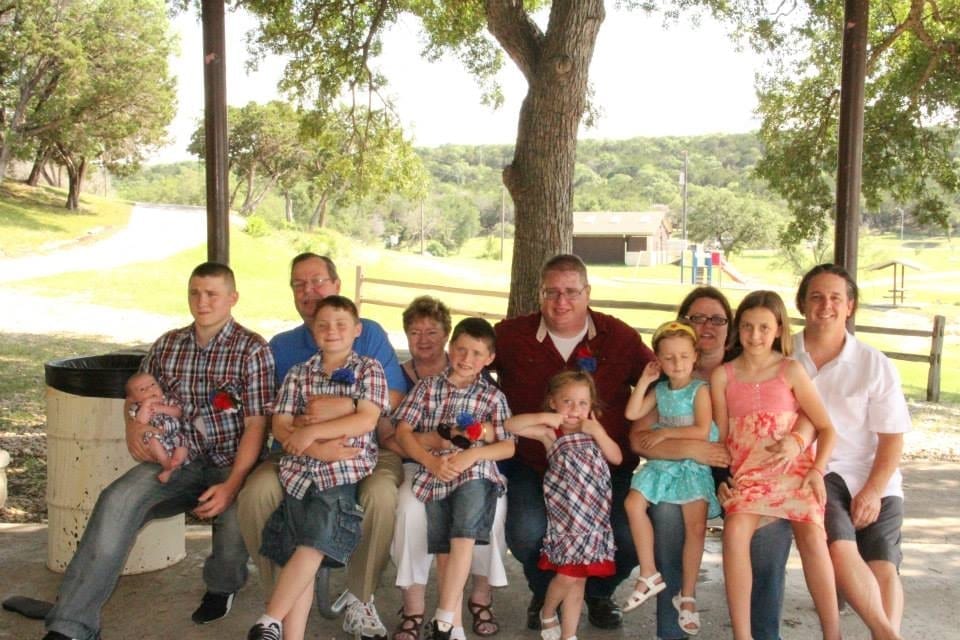 John Carter Jr. was in for a culture shock when he came home from Kenya, and attended Valley College in Mission Hills.

“It was rough,” Carter said, noting the British accent he had acquired set him apart, as well as some of the behaviors he’d picked up at the more formal British boarding schools where, for example, everyone stands up when the teacher walks into the room.

In 1964, Carter received his draft notice form the Army, and he knew what that meant.

“If you got your draft notice, you were in the Army,” Carter said. But he had other plans.

“I went into the (local Navy recruitment office) and I said, ‘I’ve been thinking real hard about joining the Navy,’” Carter recalled.

His reasoning: “I wanted three meals a day and a place to sleep,” he said knowingly. “I didn’t want to dig my own bed.” He was also looking forward to the educational and training opportunities he ended up receiving during his service. 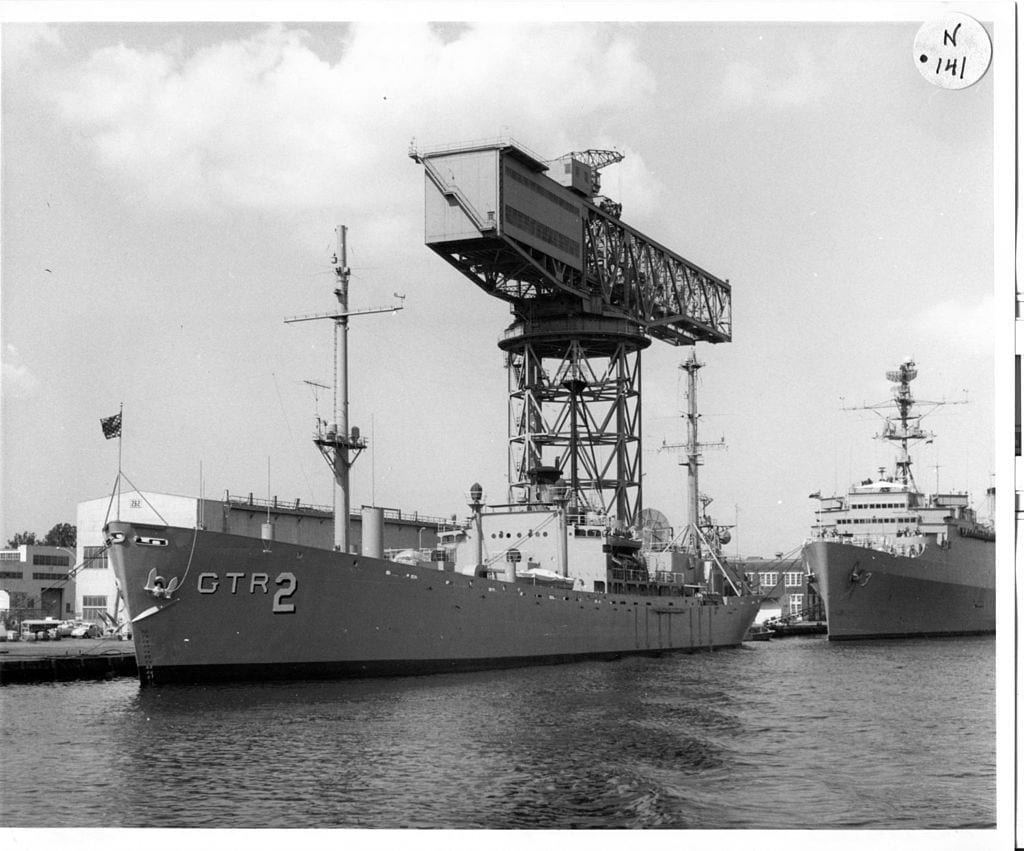 Carter’s training involved a highly technical education in electronics, which is something that would come into play for him in a major way when his time in the service ended.

“It was a technical research ship,” Carter said of his assignment on the USS Georgetown. “It was nothing but antennas and radars.”

He was a communications technician, in the maintenance branch, or CT3, and his ship was initially stationed out of Norfolk, Virginia, before Carter and the crew sailed around the world.

“I was a cryptologist, and we learned how to repair cryptology equipment,” Carter said, 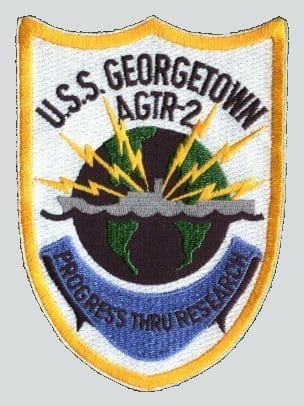 “I loved the work, and the camaraderie,” Carter said, discussing his years with the Navy. “I loved to travel, and I got to travel a lot,” he added mentioning Cartagena, Colombia, as among his favorite destinations, in addition to Rome, and other parts of the Mediterranean. His ship also was off the coast of Cuba.

Carter enjoyed his active service so much he decided to stay on for two years in the reserves.

“I really got a terrific education in electronics,” Carter said, recalling his days working with computers in their pioneering stage, when the central processing units were the size of a room and fed by vacuum tubes,

“The camaraderie was unbelievable,” Carter said of his time at sea. “I’m still in touch with a lot of the guys who I served with, man, and just seeing places all over the world — places I wouldn’t have seen otherwise.”

In addition to a worldly education, Carter credits his experience in the Navy with teaching him a great deal about life, too.

“In those days, I was young, single and stupid, and it was just a lot of fun,” Carter said. “(The Navy taught me) how to grow up, discipline, focus, self-confidence.” 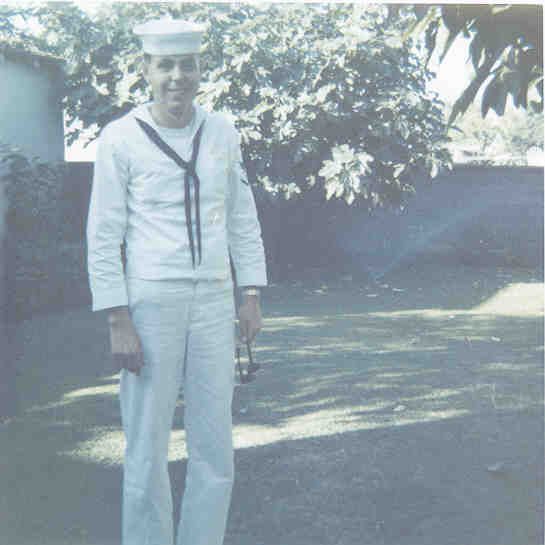 Carter was relatively safe from combat during his time of service throughout the Vietnam War, but actually had a spectacularly close near-disaster befall him less than six months after he returned home from active duty.

On Oct. 1, 1968, some children were playing in the lawn next to Carter’s home in Burbank, where they were playing in the grass like kids often do, and somehow, a gas main that was connected to Carter’s house was sheared. The break steadily filled Carter’s house with natural gas until a water heater turning on likely sparked the explosion that completely leveled the lot. Carter recalled he was working on the TV show, “High Chapparal,” which aired on NBC from 1967 to 1971, when he received the call from the Fire Department.

“There was nothing,” Carter said, sharing his discovery when he got home. Everything had been leveled, and there was nothing more than about two feet off the ground. “We had a bay window, and that ended up in the backyard of the house across the street… All of my pictures of Africa, souvenirs, all gone.”

Unshaken though, less than six months later, he married his girlfriend at the time, Susan, in May, and the two have been together ever since, eventually adding two children and six grandchildren.

Back to the studio, then small-businesses

One of Carter’s first innovations came from a partnership with friend and fellow engineer Clay Davis, a computerized Automated Dialogue Replacement System, or ADR.

The ADR machine saved countless hours for producers when they have to re-cut audio over a shot if, say, an airplane flew overhead while a crew was shooting a Western, Carter said. The software he wrote, to go with hardware that Clay designed, allowed directors to find the exact shot they needed when putting footage together for dubbing, to help find the exact spot for a re-recording.

He also worked on a computer system that better facilitated how sound was captured and transferred for filming on set, allowing for the elimination of a lot of the cables that he handled in his younger days.

He ultimately tired of dealing with some of the egos and attitudes of Hollywood, he said, deciding he wanted to go into business for himself.

He and a partner bought a small, commercial window covering business in 1982, which he worked on and then sold after earning the contract for the Getty Center in West Los Angeles in 1996.

Since then, he’s also started several web-based operations through online sales with websites that he’s created, such as HookandCatch.com.

He now enjoys travel, visiting with family that now lives in Texas and running his various online businesses from his home in Saugus.