In the aftermath of the shooting that left three students dead and three wounded on Nov. 14 at Saugus High School, community members have shown their support in numerous ways for Saugus High, its students, the victims and their families.

The following is a summary of some of those efforts:

Three GoFundMe accounts have been set up and have raised thousands of dollars for families of both the victims and the shooter.

“Our vivacious, funny, loyal, light of our lives, Cinderella, the daughter we always dreamed to have, fiercely strong and lover of all things fashionable — was our best friend. She is going to be missed more than words will ever be able to express,” Muehlberger’s parents said on her GoFundMe page. The account has raised more than $118,000 in donations.

“On Nov. 14, 2019, this world lost a bright, shining light… personified by a goofy laugh, cheesy smile, and a huge, caring heart. He was taken from his family and friends in the most senseless of ways. His three brothers will miss their big brother greatly, and his parents’ dreams for him will never be realized. Dominic’s family needs this time to pull together and mourn this unexpected loss,” Blackwell’s GoFundMe page says. The account has raised more than $97,000 in donations.

“It is times like these that we must band together, not to support the shooter and his actions, but to support his family. If one day your own child came to school and did such horrible things, what would you do? How would you be able to process that?” said Tana Risley, a Saugus alum who is organizing this fundraiser on behalf of Samantha Berhow, the shooter’s sister, on the GoFundMe page. The account has raised more than $28,000 in donations.

Local businesses also aimed to raise funds for the victims’ families and show their support for the Saugus community. Among them:

A group of local business leaders joined together to raise funds and create the blue Saugus Strong T-shirts that were handed out at the vigil Sunday in Central Park, with the first shirt going to a survivor. The shirts were designed by Saugus students, and additional shirts are being printed to accommodate requests from a variety of groups and sports teams.

Among them was The Master’s University women’s soccer team, which took the shirts to wear on their road trip to Florida to compete in the NAIA national tournament. Shirts were also distributed to Saugus staff, first responders and medical professionals at Henry Mayo Newhall Hospital.

The campaign raised “tens of thousands of dollars,” according to John Shaffery of Poole Shaffery & Koegle, LLP, for a total of 12,000 shirts, with the goal being to help the community unite, and to help Saugus heal. The funds raised will be going back to the purchase of the shirts and the cost of printing. The fundraising effort was led by Shaffery, Chris Angelo of Stay Green, Fred Arnold of American Family Funding and Jill Mellady of Mellady Direct Marketing.

“I saw the impact this had on Sunday night during the vigil,” Shaffery said. “When these things happen, we don’t know what to do or say, but I saw a community get together and that’s really important during this time.”

Local candlemaker Tyler Coe began making candles with his peers to memorialize Saugus High School. A few days after putting them up for sale on his website, Coe was back-ordered 600 candles and had raised more than $18,000 by Saturday. He said he’s donating the proceeds to the families of the victims.

Wolf Creek Brewery hosted a cornhole tournament organized by Longshot Cornhole and the Saugus High baseball team on Sunday. All of the proceeds raised were donated to the victims’ families through the Santa Clarita Coalition. Nearly $8,000 was raised through ticket purchases, and raffle prizes were raised through donations from the community.

A memorial fundraiser was hosted at the Valencia location of Zankou Chicken on Sunday. Business officials are in contact with Saugus High School administrators to donate 100% of the proceeds raised in sales that day to the families of the victims. The restaurant raised $16,000.

“It was incredible because people came in and just wanted to donate,” said Tina Ovsepyan, learning and development manager of Zankou Chicken. “They came in with checks or just to buy gift cards, anything to help.”

Helmers PTA hosted a family restaurant night at Toppers Pizza on Tuesday. The fundraiser raised more than $580, and will be donated to benefit the victims’ families, which is still being arranged, said Helmers PTA President Amy Brannon.

Valencia High School jazz musicians hosted a “Songs for Saugus: A Night of Jazz” concert at Vincenzo’s Pizza in Newhall on Wednesday evening. The concert was originally planned to raise funds for the school’s jazz program, but officials in the music program decided to donate the funds to help families affected by the Saugus shooting cover medical costs.

“The Hart District is a family and the music directors all know each other and collaborate, so our hearts go out to Saugus and the families, so it wasn’t even a question for us to donate that money,” said Terry Mitchell Collier, marketing representative for the Valencia High School band.

The musicians were to play classical jazz tunes, contemporary favorites and holiday songs.

A fundraiser is scheduled at Wine 661 from 4-9 p.m. on Thursday. All sales gathered during that time will be donated the Hart School District, according to Wine 661 owner Tanya Green. One hundred percent of proceeds will be given to the school district via the Santa Clarita Coalition for grief counseling and other materials needed to help students feel safe on campus.

Twenty percent of every pie ordered at Madison Rose Bakery until Nov. 22 will be donated directly to the Blackwell and Muehlberger families. Pies can be ordered online and include gluten-free, dairy-free and vegan options. “We hope, after everything is collected and organized, we can split the donations and give both families a check,” said bakery owner Kerry-Ann Miranda. “Pies are going to be sold anyways, so why not do something that can make a bigger difference.”

Twenty percent of dine-in, carry-out, catering or delivery orders at California Pizza Kitchen’s Valencia location will be donated to support Saugus High School and the SCV community through the Santa Clarita Coalition. Customers should mention the fundraiser to the cashiers. The fundraiser will continue until Nov. 21.

This Thursday, 25% of gross sales from Honu Coffee will be donated to the Santa Clarita Coalition in support of #SaugusStrong. 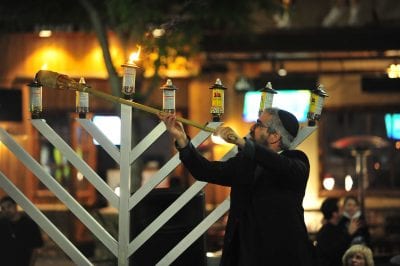 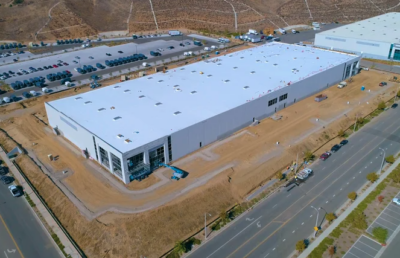 All walls up at IAC Commerce Center 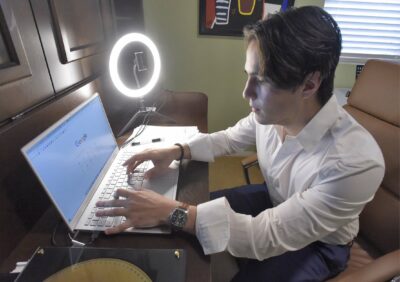 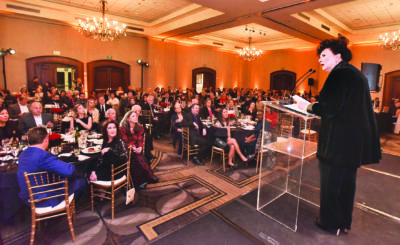 Holiday edition of ‘Theatre in a Week’ comes to The MAIN