Lemos, who teaches world history and art exploratory for the seventh grade, accepted the award during Tuesday’s board meeting from Janene Maxon, assistant superintendent of educational services at the district. Maxon read an excerpt from the personal essay Lemos wrote as part of the requirement for consideration.

“These are some things that Karla said in her essay that I wanted to pull out and make sure you guys heard,” said Maxon, “because I could’ve read this entire essay to you guys, and it would’ve been pretty much everything I think about her.”

In the excerpt, de Lemos wrote, “I couldn’t do this job without the positive feedback I get from my students, and I mean that. They give me something adults never can, that special relationship, that bond that is built with mutual respect.”

This year marks de Lemos’ 30th year teaching in the district. She began her teaching career teaching elementary school for nine years before moving on to middle school.

“I love teaching middle school kids, and most people would never say that,” de Lemos said. “They’re little kids in big bodies. It’s the time to really make choices about which path you take and what kind of student you’re going to be.”

She found out she was Castaic Middle School’s Teacher of the Year when the principal, Bob Brauneisen, called a staff meeting, which she described as “scary, because he only does that when something bad happens.”

“I work hard and it’s appreciated that it’s noticed,” de Lemos said. “I don’t just clock in and clock out. It’s important for me to do my job well.”

During a lesson in her debate class, Maxon and de Lemos’ husband surprised her with balloons, announcing that she was picked to be district Teacher of the Year.

“The teachers I was up against are my friends, I was their kids’ teacher and they were my kid’s teachers,” she said. “I feel we’re all deserving of this award. It’s nice I was picked but the other gals deserved it, too.”

De Lemos said she was very grateful for the recognition and is happy to be part of a school district that takes the time to honor the teachers. 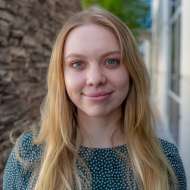