Five Point Holdings, an owner and developer of large mixed-use, master-planned communities in California, including the Santa Clarita Valley, reported its third-quarter 2020 results last week, including net income of more than $36 million.

“We are pleased to present our third-quarter results where we improved our cash position by $55 million and generated consolidated net income of $36.4 million,” Emile Haddad, chairman and CEO, said in a prepared statement. “We are seeing continued strength in our markets evidenced by the rate of sales at our Great Park Neighborhoods community, the interest from homebuilders in Valencia and the reported home price appreciation in both the Los Angeles County and Orange County markets.”

As of Sept. 30, total liquidity of $395.2 million was comprised of cash and cash equivalents totaling $270.6 million and borrowing availability of $124.7 million under its $125 million unsecured revolving credit facility.

Total capital was $1.9 billion, reflecting $3 billion in assets and $1.1 billion in liabilities and redeemable noncontrolling interests.

Results of operations for the three months ended Sept. 30 revenues

Revenues of $8.4 million for the three months ended Sept. 30 were primarily generated from management services.

Equity in earnings from unconsolidated entities

Equity in earnings from unconsolidated entities was $52.4 million for the three months ended Sept. 30, comprising a $4.2 million loss from its 37.5% percentage interest in the Great Park Venture and earnings of $56.6 million from its 75% interest in the Gateway Commercial Venture.

Selling, general and administrative expenses were $17.7 million for the three months ended Sept. 30.

The Great Park segment’s net loss for the quarter was $10.2 million, which included net income of $1.8 million from management services and a net loss of $12 million attributed to the Great Park Venture.

Five Point does not include the Great Park Venture as a consolidated subsidiary in its consolidated financial statements, but rather accounts for it as an equity method investee, according to the release.

After adjusting to account for a difference in investment basis, the company’s equity in loss from the Great Park Venture was $4.2 million for the three months ended Sept. 30.

In August 2020, the Gateway Commercial Venture closed on the sale of two buildings, comprising a total of approximately 660,000 square feet of research and development space currently leased to a subsidiary of Broadcom Inc. for a purchase price of $355 million.

Concurrently, the Gateway Commercial Venture made a debt payment of $245 million to its lender and made total distributions to its members of approximately $107 million, of which approximately $80.3 million was distributed to the company.

Five Point does not include the Gateway Commercial Venture as a consolidated subsidiary in its consolidated financial statements but rather account for it as an equity method investee, per the release.

Its share of equity in earnings from the Gateway Commercial Venture totaled $56.6 million for the three months ended Sept. 30. 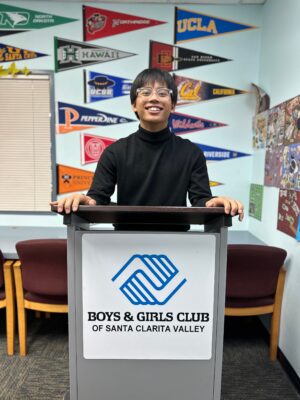 Lontok honored as Boys & Girls Club Youth of the Year