In response, Gascon called for a “collaborative path” to achieve the will of the voters, which includes, he said in a statement Wednesday in response to the filing, ending “excessive sentences” that “exacerbate recidivism.”

The filing was a response to a number of controversial measures that Gascón announced on his first day in office earlier this month. The sweeping changes drew vocal and significant criticism from the law enforcement community, with the directives ranging from eliminating cash bail to getting rid of prior offenses in many sentencing considerations.

Less than two weeks later, after pressure from law enforcement and some victims groups and many L.A. County prosecutors, Gascón partially changed the policy, issuing a statement to address “concerns raised by vulnerable victims — children, the elderly and groups that are targeted because of their actual or perceived race or ethnicity, nationality, religion, sexual orientation, gender or mental or physical disability,” according to a statement from his office. “The office, however, will continue with its policy to cease seeking gang and other sentencing enhancements, including those made available to prosecutors by California’s 1994 Three Strikes Law. There are more than 100 enhancements in California’s penal code,” the statement continued.

In response, the Los Angeles County Association of Deputy District Attorneys filed suit, alleging Gascón’s new policy directives, “With respect to future cases, the special directives prohibit DDAs from charging mandatory criminal sentencing enhancements under the Three Strikes Law, which California enacted to protect its citizens from previously convicted serious and violent felons; and with respect to pending cases, the special directives require DDAs to withdraw all pre-existing enhancement allegations for six different types of sentencing enhancements. These provisions are plainly illegal,” according to the suit.

Acknowledging Gascón’s wide discretionary authority, the motion also alleges his latest moves run contrary to the will of California’s legislators who enacted the Three Strikes Law to keep residents safe.

A group of law professors from Northern California issued a statement supporting Gascón’s measures and criticizing the ADDA:

“The California Supreme Court has held that ‘California district attorneys ‘are given complete authority to enforce the state criminal law in their counties.’ The Deputy District Attorneys Association’s concern over striking enhancements is inconsistent with their decades-long silence when former district attorneys often dismissed enhancements and Three Strikes allegations in the interests of justice.”

On Wednesday, a judge denied an immediate temporary restraining order sought by the ADDA with respect to changing Gascon’s directives, instead giving L.A.’s top prosecutor about two weeks to respond in court.

Gascón, who came to L.A. after serving as district attorney in San Francisco from 2011 to 2019, issued a statement Wednesday:
“Despite today’s legal challenge, I believe a collaborative path exists to achieve these goals based on what research shows, what voters want, and what L.A. County deserves. I commend the court for its decision today, but ultimately it will take all of us, working together, to get this done.”

Deputy District Attorney Jon Hatami, a Valencia resident who’s been vocal about his concern about Gascón’s new directives, said he wasn’t involved in the filing or the union’s decision, but he appreciated that the union was supporting the “rank and file.”

“I think at the end of the day, no matter what (the outcome), people are starting to pay attention to what’s happening and how it affects the community,” Hatami said, “and I think people are uniting together to make sure that the D.A.’s Office fights for justice for everybody.”

A statement released Wednesday afternoon by the ADDA noted that Gascón is expected to file a response Jan. 15. 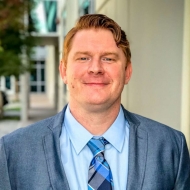