Last Saturday, one of my best friends pointed out the parallels between Donald Trump’s ignominious downfall and the classic film Citizen Kane by remarking, “Just a thought – didn’t Citizen Kane threaten to put his political rival in jail right before a sex scandal cost him the election? Hmmmm.”

When the books are written about this outrageous, surreal campaign, surely this past week will be the one universally acknowledged as the week Donald Trump personally hammered the final nails into the coffin of his presidential ambitions.

Remember, this is the strategic “genius” who thought it’d be a clever maneuver to open up an attack front on Hillary Clinton by going after Bill Clinton’s indiscretions, oblivious to the 50 years of fodder in his own lurid personal history that could blow up in his face.

This is the self-proclaimed “brilliant” tactician who castigated Hillary Clinton for smearing her husband’s accusers, only to spend a week smearing a former Miss Universe who accused him of sexism, fat-shaming and bigotry, ultimately exhorting his Twitter followers to check out her sex tape… that didn’t exist.

This is the guy who claimed that “no one respects women more than me” who was then caught on videotape bragging about being entitled to grab a woman’s genitals without consent because “when you’re a star, they let you do it… you can do anything.” Evidently, Donald didn’t understand that he was describing sexual assault.

When forced to defend these indefensible comments, Donald and his sleazy surrogates tried to downplay the incident as “locker room talk” in a fruitless attempt to get him off the hook.

Burned by this embarrassing revelation, Donald was finally coerced by his handlers into releasing a poorly produced “apology” video that featured a stone-faced Trump looking like a P.O.W., delivering a curt, insincere apology so that he could get to the real issue: exhuming decades-old allegations against Bill Clinton in a “Hail Mary” effort to change the subject.

Trump then doubled down on this strategy before the second presidential debate, trotting out four of Bill Clinton’s accusers as awkward props in a stunt press conference to show how “concerned” he was about making sure victims of sexual harassment and assault were heard.

Not only did Trump’s carnival effort to psych out Hillary Clinton completely bomb, but he then walked into a trap when moderator Anderson Cooper pressed him on the “Access Hollywood” tape and asked him point blank if he had ever done the things he described. Pinned down, Trump categorically denied that he’d ever committed such acts.

And that blanket denial was all it took for at least ten women and counting from his past to get furious enough to finally step up, expose themselves to national scrutiny and share their personal stories of sexual harassment and assault at the hands of Donald Trump with the public.

So how does Trump react to the onslaught of allegations? The guy who says he respects women more than anyone and was so concerned about sexual assault that he held a press conference to bring attention to the issue… accuses every single woman of lying, says the press should move on to more “important” issues, and insists they shouldn’t be listened to.

And as if that wasn’t hypocritical and insensitive enough, he then wisecracks about how these women weren’t even attractive enough to be worthy of his attention with comments like a sneering “look at her!” and a sarcastic “she wouldn’t be my first choice, that I can tell you.”

Then Trump boldly proclaims it’s all just another huge conspiracy to take him down that involves the Clintons, the mainstream media, establishment Republicans, even Mexican billionaire Carlos Slim – because how better to activate Trump supporters’ pleasure centers than accusing a rich Mexican of also being part of the plot to destroy his campaign and prevent “The Wall” from being built.

After convincing his fans that Global Warming is really a Chinese hoax, vaccines cause autism, Ted Cruz’s father was connected to the JFK assassination, and warning there’s an international banking conspiracy bent on undermining America, surely his sycophants would swallow one more grandiose scheme to deny him the presidency!

Yes, in these final, sad weeks, it’s now Trump against the world, convincing his devoted followers that the polls are wrong, the election is rigged, and he’s a messianic figure fighting to restore America to the glory days of the Mad Men era, when it was no big deal to wolf whistle at girls, pinch their tushes, and you didn’t have to be ashamed of telling racist jokes.

Trump lost the election for himself last week. And he wants you to know that it’s everyone else’s fault but his. 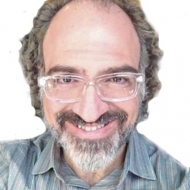