As a child in India, Bijula Yusin had a soft spot for the stray pets in her community, often taking them home.

“I always wanted to care for animals,” Yusin recalled. “Seeing animals hurt, I just wanted to fix them.”

On a quiet weekday afternoon at Castaic, Yusin went to check on a few of her four-legged patients.

First up, an unnamed black and white cat recovering from spay surgery.

Next was Dodger, a two year old stray Chihuahua mix that looked like a puppy. He trembled slightly as Yusin placed a stethoscope to his chest.

“Dodger’s coming off of anesthesia, so he’s kind of scared,” Yusin said with a smile as she pet the dog. “Usually he is so sweet and so chill.”

She noted that most pets that come in can be a little uncertain about the shelter environment at first. “Our volunteers spend a lot of time with them. Usually, after 4 or 5 days go by, they’re OK. People really care here.”

Yusin, who has three adopted Chihuahuas as well as three children, has been in shelter medicine ever since getting her masters in veterinary medicine from Ohio State University.

She worked at the Arizona Humane Society for seven years before coming to California and becoming a veterinarian with LACDACC.

While the new clinic onsite at Castaic was built primarily as a spay/neuter facility, Yusin goes above and beyond to fit in extra medical care whenever possible, according to Karen Stepp, manager at the center.

“We had a French bulldog with double cherry eye. Dr. Yusin took care of both cherry eyes when the dog was spayed, snap, just like that. It makes these pets so much more adoptable,” Stepp said. “She makes it look so effortless.”

The clinic also provides procedures such as amputations, removal of bladder stones, or dental cleanings for advance periodontal disease. Yusin does all this with the help of one veterinary technician and a small, devoted group of volunteers who help prep animals, as well as clean equipment and instruments.

“I’m so happy when they’re here,” Yusin said of the latter. “I’m hoping we can get more volunteers to help in the clinic as well as foster those animals who need to recover in a home environment after surgery.”

By being able to provide additional medical procedures, Castaic is able to take pets from surrounding county shelters where such care is not available and find them homes.

“Dr. Yusin is always willing to go the extra mile and has helped saved countless animals that we thought may not make it,” Stepp said. “She is just a miracle worker and does it all with smiles and grace.”

As she finished up her rounds, Yusin was especially happy to see that Sydney, a young female pit bull terrier mix, had a commitment to adopt. Yusin had recently spayed the dog, as well as removed a large hernia.

Watching her charges find their forever home is Yusin’s favorite part of the job.

“You get so attached, but so happy when they get adopted,” she said.

For more information on volunteering or fostering with Castaic Animal Care Center, visit animalcare.lacounty.gov or call (661) 257-3191. 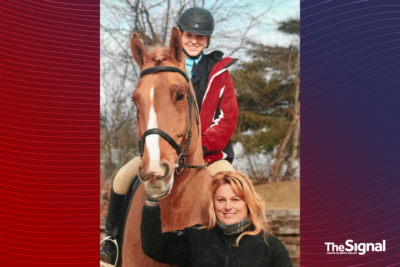