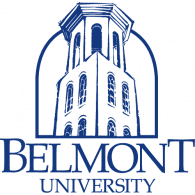 A group of Belmont students hit the road this summer for the ultimate musical experience. Alex Karroll, of Valencia, and nine other students experienced life on the road during the East Coast, 15-show run of the Happy Together Tour, joining their professor, musical legend and co-founding member of The Turtles Mark Volman.

Created as a summer course, these students spent time in their “classroom” for nearly three weeks-a tour bus, hotel rooms, stages and countless green rooms. Starting in Biloxi, Mississippi, the group followed the tour through Florida and back up to Virginia, New Jersey, Massachusetts, New York and Pennsylvania before ending in Hampton Beach, New Hampshire.

Bryce Wilkinson of Stevenson Ranch, has been named to the Midwest Conference’s Academic All-Conference list for the 2016-17 academic year and athletic season.

Wilkinson, whose major at Knox College is Undecided, was recognized for academic performance while a Prairie Fire athlete in Men’s Basketball.

The criteria to become an Academic All-Conference selection includes a minimum grade point average (GPA) of 3.33, which is calculated only in the awarded academic year. First-year students, sophomores, juniors, and seniors who letter in any of the MWC’s fall, winter or spring sports are eligible for the award.

Aubrey Moore of Stevenson Ranch, has enrolled at the University of Iowa for the fall 2017 semester.

Last year’s team (22-9) finished with the most wins since 2010 and claimed the seventh-seed in the NEWMAC Women’s Volleyball Championship. WPI’s season concluded in the NEWMAC quarterfinals at Springfield for the second consecutive year.