Central Methodist University student Samantha Salameh Azar of Santa Clarita, has been named to the CMU Dean’s List for the fall 2017 semester.

This outstanding academic achievement is awarded only to students who maintain a minimum grade point average of 3.50 or above for the semester, among other criteria.

Out of CMU’s nearly 5,000 College of Liberal Arts and Sciences (CLAS) and College of Graduate and Extended Studies (CGES) students, 944 were named to the fall semester Dean’s List. These students study at CMU’s main campus in Fayette, at a CMU Center, or through CMU’s Online Programs.

Since its founding in 1854, CMU has evolved into a university that confers Master’s, Bachelor’s and Associate’s degrees through programming on its main campus in Fayette, Mo., and through extension sites and online.

In addition to the January 2018 degree recipients, DeSales awarded 266 degrees to students in September 2017. Because there is no formal ceremony in September, the September graduates may take part in the January commencement.

DeSales University, in Center Valley, Pa., is a private, coeducational, four-year Liberal Arts University affiliated with the Roman Catholic Church. Founded by the Oblates of Saint Francis de Sales in 1965, the 480-acre suburban campus is located 50 miles north of Philadelphia and about 90 miles south of New York City. A total enrollment of nearly 3,000 includes undergraduate day and evening students and graduate students. DeSales has approximately 100 full-time faculty members and offers more than 35 bachelor’s degrees and eight graduate programs in a wide range of disciplines.

Ithaca College congratulates students named to the Dean’s List for the fall 2017 semester.

Hannah Thomas of Santa Clarita, an Occupational Therapy major, was named to the Dean’s List in the School of Health Sciences and Human Performance.

Vanessa Reyes of Canyon Country, a Theatre Studies major, was named to the Dean’s List in the School of Humanities and Sciences.

From day one, Ithaca College prepares students for success through hands-on experience with internships, research and study abroad. Its integrative curriculum builds bridges across disciplines and uniquely blends liberal arts and professional study. Located in New York’s Finger Lakes region, the College is home to 6,100 undergraduate and 460 graduate students. 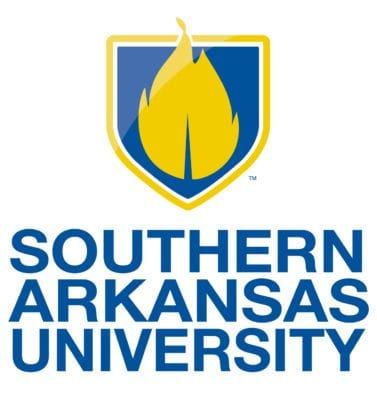 A total of 280 students were honored on the fall SAU President’s List.

SAU “feels like home” and has built on its dedication to student achievement and caring atmosphere, both on campus and online, with more than 80 degrees in four distinct colleges and the School of Graduate Studies. As career and professional trends change, SAU initiates new degree programs to fit those needs. The latest additions include an exciting new cybersecurity computer science program, a unique Welding Engineering Technology SAU System program, and a new track in the MBA program for Social Entrepreneurship.

The University of Hartford is pleased to announce Cara Rashkin of Canyon Country has been named to its Dean’s List for fall 2017.

The University of Hartford, centrally located in Connecticut, provides a distinctive educational experience across seven schools and colleges for one of the most diverse student bodies in New England. Hartford’s faculty are attracted by the opportunity to challenge and support students as they pursue degrees in more than 84 programs in the arts, humanities, science, business, engineering and technology, education, and health professions. Chartered in 1957, Hartford has more than 5,000 undergraduates, 1,600 graduate students, and 75,000 alumni worldwide. Visit www.hartford.edu for more information.