The Santa Clarita chapter of Google Startup Grind is holding its “Women That Slay” series featuring female founders of startup companies who will speak at the group’s monthly meetings through May.

The next installment of the series will feature Rachel Hollis, founder and CEO of Chic Media. Hollis is also an author, public speaker and social media influencer. The event will be at 6:30 p.m. Tuesday, March 20, at Status Not Quo, 26326 Citrus St. in Valencia.

“I want to stress the significance of being part of the next few Startup Grind events as we shine a spotlight on our female founders, “ said James McKinney, Chapter Director and Vice President, Strategic Growth for Status Not Quo in Valencia.

The local chapter series will culminate in May when it will join more than 200 other chapters in hosting a female founder for Female Founder Month.

Startup Grind is a global startup community designed to educate, inspire and connect entrepreneurs. Each chapter holds monthly events that feature a successful founder, innovator, educator or investor who shares their story and the lessons they learned in building their company. The events also provide networking opportunities for entrepreneurs.

The Santa Clarita chapter has been ranked as one of the most active chapters in the world based on average event attendance.

Hollis has been touted as the “Tony Robbins for Women.” Author of the new book “Girl, Wash Your Face,” Hollis will have her only Southern California book signing at the local event.
She has worked with top brands including Walmart, Disney Junior, JCPenney, Rubbermaid, Sprint, and Keurig to create content for Chic Media’s award-winning women’s lifestyle blog.

She was named Inc. Magazine’s “Top 30 Entrepreneurs Under 30.”

McKinney says that Startup Grind’s women series is important because women do not get anywhere near the same funding as male-led startups.

In 2017, only 2 percent of venture capital funds were distributed to female-led startups, McKinney said. 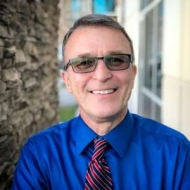