Are you curious about cryptocurrency? Want to buy Bitcoin but don’t know where to start?

The arrival of Coinme’s first cryptocurrency ATM in the Santa Clarita Valley will make it easier, too.

The United States’ first licensed Bitcoin operator has rolled out eight new ATMs across California in recent weeks, including at the Valencia Town Center, where its non-descript white appliance sits next to a Coca-Cola vending machine on the second floor near the Sears entrance from the Shops at The Patios.

The Coinme ATM is believed to be just the second crypto device in the SCV; LocalBTM has a machine immediately inside the front door of the Shell gas station at 23502 Newhall Ave. In all, Coinme has stationed 23 of its current 47 ATMs in California – and the Seattle-based financial services and blockchain technology company has plans to build its network beyond the U.S. borders.

“We are dedicated to bringing the best of the cryptocurrency economy to the diverse population of California and the world,” Coinme CEO and co-founder Neil Bergquist said in a news release. “In addition to a large technical community that appreciates the digital, decentralized qualities of crypto, there is an unbanked population who can now use Coinme as an on-ramp to participation in the financial system.”

Added Garrett, “This time last year, we had fewer than 15 total kiosks.”

The buy-only Coinme ATM at Valencia Town Center works similarly to a standard bank ATM – with the notable exception that the user inserts paper money to buy encrypted, decentralized digital currency rather than extract bills from the machine.

“What we want to provide is a very easy and approachable access point to get into crypto,” Garrett said.

To retrieve their Bitcoin, Coinme users go to www.coinmewallet.com. Coinme has also created a vertically-integrated digital wallet, digital exchange and crypto investment services that include IRA and 401(k) plans.

While supporters of Bitcoin and other digital currencies believe they are riding the wave of the future, not everybody is convinced that physical currencies will go the way of the rotary telephone.

Among them is Warren Buffett, the billionaire CEO of Berkshire Hathaway who is widely regarded as one of the world’s greatest investors. In an interview with Yahoo Finance this month, Buffett again panned cryptocurrency, which he first called “a mirage” during a 2014 CNBC interview.

“If you buy something like Bitcoin or some cryptocurrency, you don’t have anything that is producing anything,” Buffett told Yahoo Finance. “You’re just hoping the next guy pays more. And you only feel you’ll find the next guy to pay more if he thinks he’s going to find someone that’s going to pay more. You aren’t investing when you do that, you’re speculating.”

To learn more about Coinme, go online to www.coinme.com. 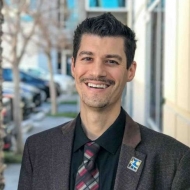