From a Hart Baseball news release:

There was reason for concern when the Hart Baseball bingo committee checked the community calendar – the date for their second annual bingo night conflicted with SCV Dodger Day, a community favorite event. Concerned about low turnout, a number of people had recommended another date be chosen. But the bingo committee stayed the course and hoped for the best.

As any baseball parent in SCV will tell you, baseball can be an expensive proposition. With limited monies available from school districts, much of the needed baseball funding comes from baseball parents and the community. Hence, Hart Baseball’s annual Bingo Night at The Club is bingo with a cause. Proceeds from last year’s Bingo Night were utilized to make much-needed improvements to the field as well as install a PA system.

In his opening comments, Hart Dugout Club President John Dow told the sold-out crowd regarding Dodger Day, “I knew you would turn out… You don’t need to leave the valley — we have our own local championship teams right here at Hart High School.” Both varsity and freshmen teams finished first in the Foothill League.

Not only did the community turn out, but the now-annual Hart Baseball Bingo Night sold out — in only its second year. Over 225 guests packed the Boys and Girls Club, raising more than $14,000 for the Hart Baseball program.

Bingo Night was an entertaining evening for the hundreds who attended, and the Hart Baseball program is indebted to the high level of participation and support of the SCV Boys and Girls Club and the Santa Clarita city government, Hart head baseball coach Jim Ozella said. “The Hart Baseball Dugout Club provided a well-rounded experience for our participants, and the 2019 Bingo Night is already in the planning stages. See you next spring!”

Varsity parent Lee Coogan celebrated her birthday with family and friends at the event. “It was fantastic. There was something there for everyone.”

Great food by El Cholo, a silent auction with great Mother’s Day items, as well as an art exhibit by local artists Zony Gordon and Tony Hanna. And, who doesn’t like marking B-11 and yelling out, “B-I-N-G-O!”? “We are thrilled to have such a great turnout in only our second year,” Dow said. “We really wanted to reach out and connect with the community. People really seemed to be having a good time. The event would not have been possible without the support of the Boys and Girls Club.” “The club has had a long-term working relationship with Hart High School,” said SCV Boys and Girls Club CEO Matt Nelson. “We were happy to support the Hart Baseball program as a number of their players have come through our club program. 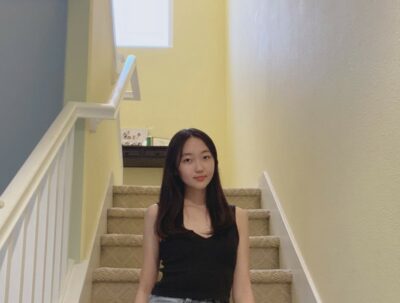