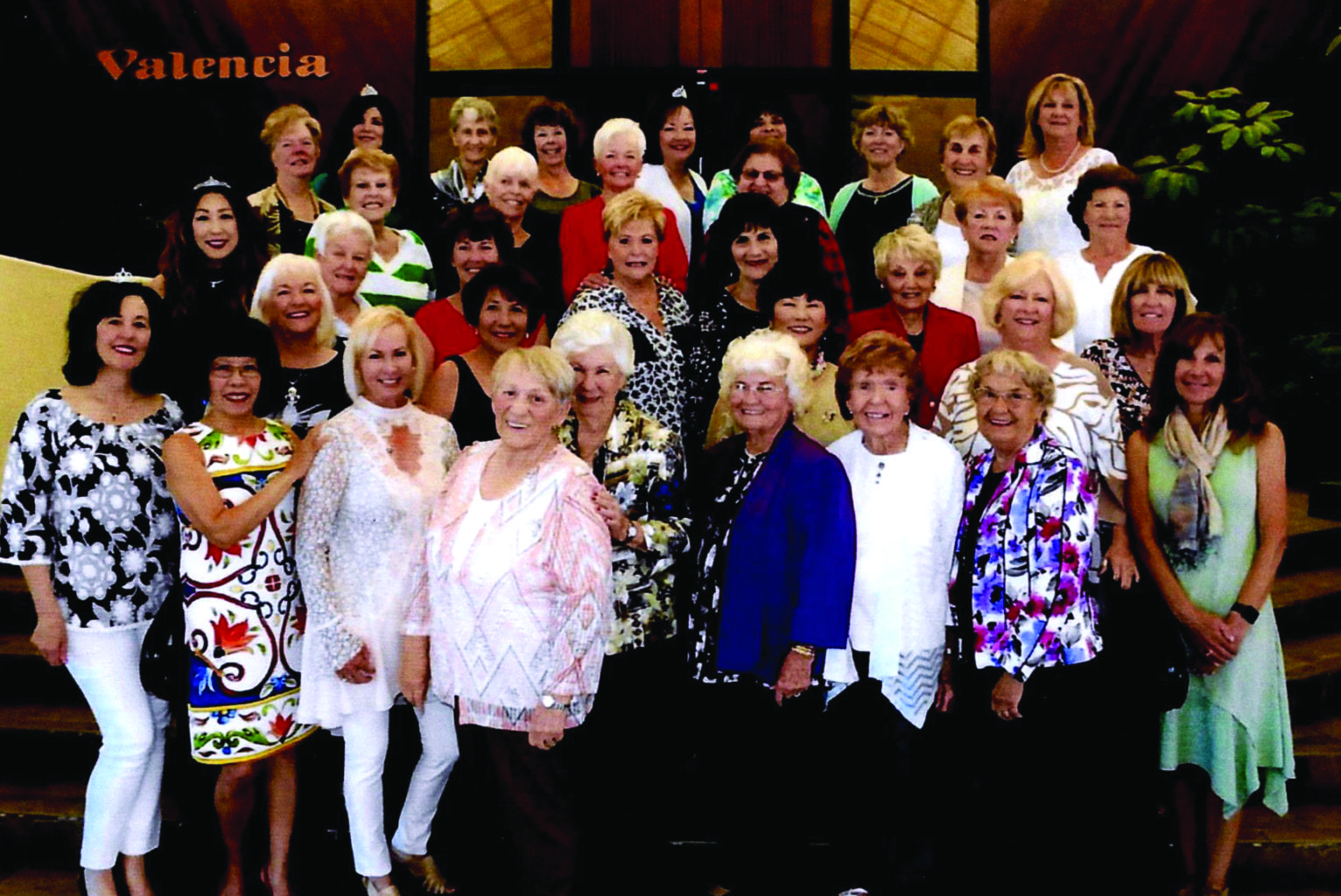 Clever golf tee favors and tasty treats awaited the players, as well as a surprise plastic putter with a pink whiffle ball at the 17th hole, during the May 1 golf tournament at the Vista Valencia Golf Course to celebrate the 45th anniversary of the Valencia Women’s Golf Club.

The tournament was organized by Cecelia Tenorio and Jane Weber. High winds made for some crazy putting. However, a good time was had by all.

To complete this celebration, a luncheon was held at the Valencia Country Club on May 3. Winners of the golf tournament were announced. They were: 1st Place team: Kathryn Abild and
Joanne Lombardi; 2nd Place: Wonmi Chae and Cecelia Tenorio.

There were many card-offs and lots of other winners.

During the program, team play captain Jacki Worden gave a report of their winning their division for the third straight year in a row. These gals had a good time competing against several clubs from other areas.

There was also a special presentation given to longtime member, Geri Pederson. She was an original member, playing at the Golden Oak Golf Course on San Fernando Road in 1964 on the site that is now Green Thumb. Geri held many positions within the club and contributed greatly to its growth and success. Each attendee received a beautiful booklet with pictures from various activities of the club through the years. The booklet was created by Gwen Gallion, who put in many hours to produce this delightful remembrance for all.

To cap off a wonderful lunch, Ron Price took the picture you see here and had one printed for each attendee. President Bonnie Ventsam closed the lunch with a big thank you to all the committee members who contributed to the decorations, silent raffle items and centerpieces.