Jim Wagner couldn’t get to his cowbell fast enough.

After over two hours of practice, then-Hart pitcher Aaron Hamilton was having his velocity measured when he dealt a throw that reached 97 miles per hour.

For a personal record like that, a celebration is in order. And at Wagner’s Throwzone Academy, that means cowbell, megaphones and a 10-person dog pile.

“He literally hit it and he just put his hands up and next thing you know there’s like five people tackling him in different directions,” said West Ranch pitcher JD Callahan.

“…We see every single day when someone is here and they’re working hard and they reach their goal, it really like, stands out to us that they worked as hard as they could to get to where they need to be and we celebrate,” Callahan added. “We absolutely go ballistic in here.”

Moments like that are what drives a group of elite pitchers from around the Santa Clarita Valley to improve every time they step into Throwzone Academy.

Prep players like Callahan, Charles Harrison of Canyon, Ryan Kysar of Valencia and Bryce Collins of Hart are just a handful of players who have spent time at the facility. Pros like Tyler Glasnow of the Tampa Bay Rays and Trevor Bauer of the Cleveland Indians have put in time there, too.

On one side of a massive room, posters donning logos of colleges that Throwzone pitchers have played for cover a long wall that runs the length of a bullpen. On the other side of the room is a myriad of training equipment like elastic bands, weighted baseballs and screens to hurl them at.

Thorough training regiments, a competitive atmosphere, close attention to arm care and what Wagner calls “objective measurement” have all been factors that have drawn in some of the best talent from around the area.

“You can always say ‘Hey, that looked pretty good,’ but that’s kind of like, the beauty is in the eye of the beholder,” Wagner said. “But with objective measurement, whether it’s measuring the speed of someone’s fastball or any other pitch, it becomes more of, this is truly what you have. And so we try to build on that.”

The facility is outfitted with radar guns, cameras that capture nearly 2,000 frames per second and a high-tech Rapsodo pitching monitor that help Wagner and his business partner Warren Bauer, father of Trevor, break down every movement of every pitch.

One of the most powerful tools in the place, however, doesn’t take any photos. It doesn’t require any electricity. It’s a massive whiteboard that hangs near the entrance of Throwzone Academy that lists the top speed of every pitcher that trains at the facility.

“That pushes you every single day because you see someone up there like at 90 miles an hour you’re at like 86, and you’re like, all right, I need to beat that,” Callahan said. “At some point, I need to be on that bar on the board because that’s the highest pedestal out here.”

The board motivates pitchers as old as Callahan and as young as 12-year-old Jackson Banuelos, who currently competes in the Hart Pony Baseball program, but dreams of going to the MLB.

Working with older pitchers has also proven beneficial for Banuelos, who will attend La Mesa Junior High this fall.

“Basically I just look up to them,” he said. “So they have something that they do good, so I look at that to make sure that I’m doing that good. But if I’m not doing that good, I just practice it.”

Wagner has operated out of his current location for a little over five years but has served as a pitching coach for 17 years. He played in college at the University of Arizona, then finished his career at California State University, Northridge.

He pursued a career in law enforcement but felt unfulfilled, so he went back to his passion and began giving private coaching sessions for pitchers. After years of balancing coaching with graveyard shifts at a myriad of jobs, he decided to focus on baseball full-time.

Opening the doors of his very own academy legitimized his vision.

“It was just one of those moments we first came in and the first set of people that came in, it was like, ‘This is really happening,’” Wagner said. “It was a little surreal because I just never envisioned owning a business where it was your own.”

He doesn’t plan on slowing down any time soon. Wagner has recently written a book, “3 Strikes and You’re Not Out,” detailing his road to Throwzone. He aims to continue to send more players to college and professional ranks and eventually work with the schools themselves.

And, for the players, the cowbell will be patiently waiting for the next big throw. 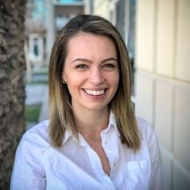