On the heels of becoming the youngest ever race winner in the 23 year history of the IndyCar Series at the IndyCar Classic at Circuit of the Americas in Austin, Texas two weeks ago and a disappointing last-place finish due to a fuel pickup issue at the Honda Indy Grand Prix of Alabama at Barber Motorsports Park in Birmingham, Alabama, Santa Clarita resident Colton Herta looked to rebound in front of the hometown fans at the Acura Grand Prix of Long Beach Sunday afternoon.

“Being from Santa Clarita it could be a 45-minute drive or it could be a three and a half hour drive,” joked Herta. “It’s close to home, though. It’s something different, too. I was driving down here and I forgot half of the things that I needed because it just didn’t click that I was coming down here for a race because usually, I’m on a five-hour flight back east to go racing. I’m super excited.”

Despite the poor finish a week ago, Herta was confident in his red No. 88 Harding Steinbrenner, King Taco Honda on Thursday afternoon.

“We’ve had really fast cars everywhere we’ve gone,” said Herta “I think we should have another quick car.”

Herta’s car was quick in the early stages of the weekend festivities, finishing third and seventh in the first two practices of the weekend, but a red flag during his qualifying session relegated him to P10.

Race day started off in spectacular fashion for Herta finishing with the fastest time in the morning warm-ups.

Early on in the race, Herta went to battle with fellow rookie Patricio O’Ward, going wheel-to-wheel through the twists and turns of the streets of Long Beach, moving up to the ninth position.

By lap 29, Herta had made his way all the way up to the third position with the leaders pitting.  Herta entered the pits on lap 29 but an error by the left front tire changer led to a stall and an extremely slow pit stop, dropping the rookie to 13th.

Herta had begun to move his way back up with his eye on the top ten when his car got loose in turn nine on lap 50.  The car stepped out and made hard contact with the wall, heavily damaging the nose and the suspension of the No. 88 ending Herta’s day.

“The car was so quick,” a visibly upset Herta told NBCSN’s Kevin Lee. “I kind of threw it all away. I feel bad for the guys.

“We were looking at such a good race. We were going to be able to go four more laps than the guys in front of us. We had so much pace out on our own. We had the hiccup in the pit stop and then we closed a six-second gap in seven or eight laps but another weekend with nothing to come out of it.” 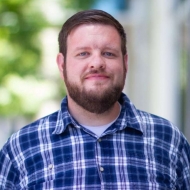