Somewhere, someone snuck into our social dictionary and changed the meaning of “maturity.” The consequence of this is a growing sense that those character qualities and ethical missteps once allowed during adolescence are now not only accepted but also championed in those pretending to be mature adults.

I remember back in the days of youth being told by my parents that I could not do certain things because I was too young. “When you’re older you can do those things, dear.” It was natural to equate getting older with having more opportunities. I also remember being told often that with increased opportunity came increased responsibility. This was considered the normal ethic of maturity. When you gained the ability to be responsible, you also gained certain freedoms.

Today the ethic of maturity has changed radically. The change comes in an abandonment of the second half, the “responsibility” half. It is clear that maturity has now taken on the idea of freedom. Being mature now means no longer being subject to the restraints of youth. To quote the old song “You’ve gotta … go where you wanna go, do what you wanna do, with whoever you wanna do it.” The Mamas & the Papas sang that lyric and it has now become the fabric of what it means to be mature. Maturity now defines that stage of life where no one has the right to tell you what you can’t do.

It was once the case that the essence of maturity was the ability to take on the circumstances of life in a way that transcended self-interest and looked to the welfare of family and community. It included leaving childhood behind, finding a job, paying your way, and providing a solid model for the next generation. Maturity was built on perseverance through trial, a refusal to accept the easy way if it were the wrong way, and an honest appraisal of what was demanded if long-term success were to be gained.

Maturity was displayed in prizing commitment over impulse, excellence over expediency, accomplishment over leisure, and others over self. It was moral muscle, ethical integrity, and the stuff of which the generations were made who built America’s manufacturing economy, chased down Hitler and Stalin, refused to allow racial division, and continue to fight for the freedoms of speech and religious devotion that make the American experiment uniquely moral.

But maturity today is in a precarious position. Today’s sense of pure freedom simply isn’t honest. The truth is you and I cannot go where we want to go, do what we want to do, with whoever we want to do it. Such an unrestrained view of maturity produces a reckless and wanton foundation too brittle to uphold an ordered and moral society. The current sexual mess being played out by the Hollywood elite is evidence enough. Such unrestrained sexual activity has already produced a second generation that is truly deficient in discernment and, seemingly, doesn’t care. Heaps of other evidence could be thrown on the table of argument if needed. But anyone playing with an open mind will see the reality. The opportunities of freedom demand the responsibility of individual restraint of those selfish desires, which, if given freedom, bring ruin.

What is needed is a return to the belief that maturity rests first not on what I am allowed to do, but on who I am. Maturity begins in the heart and mind as we recognize that character always precedes success, integrity is essential to greatness, and the humility necessary to put others before self is always going to be the fuel that drives a nation to prosperity.

It used to be that age presupposed wisdom. Increasingly this is not the case today. We have allowed the indiscretions of adolescence to become the freedoms of adulthood while banishing thoughts of self-discipline to the margins of our societal lives and conversations. It is time to rescue the idea of maturity from the hands of those adults who want to stay in their childish ways. Let’s return it, and our society, to a belief that maturity is best measured by a willingness to curtail rather than exploit the selfish promotion of personal desires. 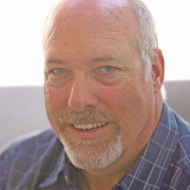