Ah, Sea Smoke, that most evocative of winery names. It conjures up images of ocean breezes, coastal morning dew, and the fires for toasting the barrels.

And, it has a reputation to go with its famous name. Started in 1999, with almost 110 acres in Santa Barbara County, its wine comes from its vineyards. For many, Sea Smoke and pinot noir are synonymous. The proof is the years-long time on the winery’s wait list before you receive your own allocation.

So, I had the great good fortune to sit down with Don Schroeder (pronounced like the Peanuts character, he likes to say), Sea Smoke’s winemaker, in March at the World of Pinot Noir.

A young guy who had no formal training in enology or viticulture (he was originally studying computers), he was living in the Central Coast. Being thoroughly bored, he went to Babcock Winery and offered to help in whatever way they needed. Perhaps inauspiciously, thus began Don’s wine career.

Physical exertion and actually seeing tangible results from one’s efforts — these are the first elements that drew Don to wine. Diversity as opposed to the monotony of computer work.

And he was a natural. After just one harvest, with no prior experience, Babcock promoted Don to cellar master. Leaving Babcock in 2001, Don became the assistant winemaker at Rideau.

Wine in his blood

But when you learn Don’s background, maybe wine was in his blood. His mom and stepdad (who also come from corporate backgrounds) bought, planted and farmed beginning in 1999 what is now known as Ampelos Vineyard in the Santa Rita Hills, the source of dozens of 90-plus rated wines, mainly syrah and pinot noir.

Don stayed a short time at Rideau, then began making wine from his family’s Ampelos grapes. Well, as luck would have, Kris Curran, then winemaker at Sea Smoke, happened to be a neighbor and friends with his folks. She and her future husband, Bruno D’Alfonso, sampled Don’s efforts that were aging in American oak barrels. They liked what they tasted enough to teach him a valuable lesson. For pinot noir, it’s all about the French oak barrels. According to Don, American oak gives the wine an artificial vanilla taste.

Kris was so impressed by Don that she made him assistant winemaker at Sea Smoke in August 2003. He’s been there since. He became the winemaker in 2008, when Kris went to Foley.

While Sea Smoke made its name with pinot, they also offer chardonnay, aged 10 months in thicker French oak barrels. Neither fined nor filtered (which hasn’t been done at Sea Smoke since 2009). Elegant and refined, a worthy sibling to the winery’s pinots.

Originally, there were three bottlings of pinot — Botella, Southing and Ten. Botella, made of the grapes that failed to qualify for the other two, ended around 2013. Southing is the feminine expression of Sea Smoke’s vision of American pinot, and Ten is the masculine.

How can a wine be a boy or a girl, you ask? The Southing is smoother, more delicate, more nuanced. You know, like a woman. Ten has a flavor profile more akin to a Napa cabernet, more fruit forward, thicker.

Bottling 16,000 to 18,000 cases, Don, who has 20 vintages under his young belt, seems to be going from success to success. He says the wine is acclaimed because of the site, not the people, which, in his mind, is the way it should be. I know several folks who would politely, but firmly, disagree. Under his tutelage, Sea Smoke is an icon.

‘Super Jazz at the Ranch’ to showcase musicians at West Ranch

Dead Man’s Party at The Canyon 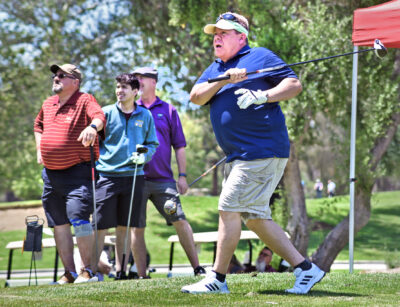 Castaic High students to perform ‘Beauty and the Beast’