‘The Light Between Oceans’ is a ludicrous period-piece weeper

“We’re not doing anything wrong.” — Alicia Vikander’s Isabel to Michael Fassbender’s Tom, just as they’re about to do something really, really wrong.

In the history of movies, anytime anyone says, “We’re not doing anything wrong,” everyone in the audience is pretty much always thinking, “Oh yes you are!”

This is one of the core problems with “The Light Between Oceans,” a gorgeous but plodding and borderline ludicrous period-piece weeper. We’re supposed to feel for Isabel and Tom and the plight they find themselves in, but THEY PUT THEMSELVES IN THAT SITUATION, and what they’ve done isn’t just criminal; it’s cruel.

Based on the popular novel from 2012 by M.L. Stedman, and adapted and directed by the gifted Derek Cianfrance (“Blue Valentine,” “The Place Beyond the Pines”), “The Light Between Oceans” is one of those movies announcing from the get-go you’re in for some serious melodrama.

We open in Australia in 1918, as World War I (then known as the Great War) was coming to a close.

Michael Fassbender plays Tom Sherbourne, a four-year combat veteran who appears numb and broken. Tom applies for the job of lighthouse keeper on Janus Rock, a remote post some 100 miles from the nearest town. That’ll suit him just fine.

Ah, but living in that town is one Isabel (Vikander), a beautiful, sweet and plucky gal who lost two brothers to the war and is biding her time in her parents’ home, just waiting for a Fassbender-looking guy to sweep her off her feet.

Isabel suffers a miscarriage, and then another. The tragedies are compounded because she’s isolated on the unforgiving Janus Rock with just her husband.

And then a dinghy washes up, and inside the dinghy there is a dead man and a baby girl who is very much alive.

Tom says they must report this to the authorities. Isabel, who has just suffered her second miscarriage, says: What if we bury the dead man, and we pretend this girl is ours?

I suppose it’s possible everyone, including Isabel’s parents, will buy into the notion this quite large baby was actually born to Isabel in the lighthouse with only Tom to provide assistance.

I’m just not sure anyone could have turned this soap opera material into anything other than a sweeping, credibility-stretching, overwrought … soap opera. 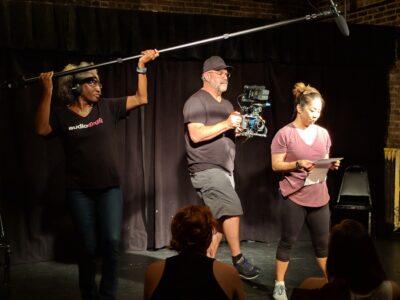