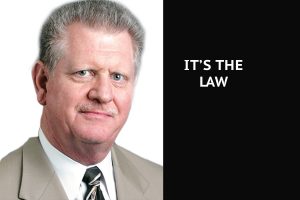 The Mighty Signal has recently run some stories about the pending “clean-up” of the challenged doughnut hole in the middle of the city, the Whittaker Bermite site.

Santa Clarita City Council approved the Porta Bella project (located on the Bermite site), wisely listened to citizen concerns and adopted in 1996 a Condition of Approval known as DS-12 to address pollutants suspected to have contaminated the site, which provides:

“For the entire 996-acre site, the applicant and/or future developer shall provide evidence, to the satisfaction of the City, of proper hazardous waste identification and remediation, from California Environmental Protection Agency/Department of Toxic Substances Control (DTSC) prior to the issuance of any grading permits. Until such evidence has been received, no construction may commence on the entire site until it is cleared by Cal EPA/DTSC.”

The impact of this requirement focused attention on remediation rather than on development. Whittaker Bermite worked with DTSC (the state agency charged with monitoring cleanup of contaminated sites) to discover the extent of the problem and ways to correct it.

Things got complicated when Santa Clarita LLC and Bermite Recovery LLC, two Delaware companies with few if any assets, bought the land in 1998. They apparently hoped that the city might relax the burden of DS-12 and allow development before the entire site was cleared of hazardous waste.

Fearing City Council’s resolve might waver, local folks formed an organization called PERC (People for Environmentally Responsible Cleanup) and asked the Superior Court to declare that DS-12 was and would remain in effect. As a result of the litigation, the city entered into a Settlement Agreement, mandating the following:

There has been some discussion that once the Porta Bella Development Agreement expires (the exact date of which is up to debate), the Bermite site can be developed incrementally despite the fact that the entire site has not been declared clear by DTSC.

Whether that is true or not, the city, in the PERC Settlement Agreement, has agreed to the environmental work mentioned above before any development plan is approved.

This makes sense given the history of contamination of the land, the exorbitant costs already incurred in doing the cleanup (well exceeding $100 million), and the contentious relationship among Whittaker, its insurance companies, and the United States government. The Feds have agreed to pay more than $35 million to help get rid of the waste, to say nothing of the millions Whittaker is demanding in its lawsuit against the federal government.

Added to that is the fact that DTSC has said that the deepest excavation for soil remediation is only 45 feet. However, construction of roads on Bermite, grading the site to prepare it for development, and eventual development of the site itself will require excavations of one hundred or more feet if the Porta Bella plan is any guide.

Hopefully, the City will proceed very cautiously with this challenged landscape.

Carl Kanowsky of Kanowsky & Associates is an attorney in the Santa Clarita Valley. He may be reached by email at [email protected] Mr. Kanowsky’s column represents his own views, and not necessarily those of The Signal. Nothing contained herein shall be or is intended to be construed as providing legal advice.