Martha Michael | Bras for a Cause: Support That Heals

I was cleaning out an old file cabinet last week and ran across a eulogy written about my father by one of his colleagues, a fellow physician. Next week marks 39 years since he died of cancer.

It read, in part: “His philosophy of patient care included a realization that the ‘team approach’ must be used if patients are to receive optimum therapy.”

The idea that the emotional support of others correlates to physical healing is not a new concept. And thankfully, it’s a notion that’s evident in Santa Clarita through numerous nonprofit fundraising efforts.

Soroptimist International of Valencia hosts “Bras for a Cause” each year, which offers sizable support to breast cancer victims. Double entendre aside, the event raises enough money to make a big difference – last year, more than $100,000.

There are other local fundraisers, to be sure. But by undergirding breast cancer victims, we see the majority of support go to women, which I love. And there’s also an aspect of this event that reminds me of a value I picked up from my dad (apparent in the eulogy):

“He brought to education and medicine a humanness and a love and concern for his fellow man that I feel was unique … his firm conviction of the worth and importance of every human being.”

Though cancer doesn’t check your bank account before striking, I love to see women with resources sharing with those who, in many cases, are being buried by bills. Bras for a Cause provides the kind of comfort to families that enables them to put one foot in front of the other, even when suffering painful symptoms of the disease and its treatment, along with the fear and anxiety associated with the financial strain.

And the Bras for a Cause organizers uniquely integrate a serious matter with a playful evening. The event itself is a dinner at the Hyatt Regency Valencia on Sept. 7 with a live auction of elaborately and artistically decorated bras. This year the theme is “Alice in Wonderland.”

There are live models circulating the room, many of them breast cancer survivors who are passionate about the cause, said Kathy Rutherford, president of the club and event co-chair with Stephanie Sewell, Stephanie Beaty, Lisa West and Laura Chesler. And this year there are three special participants modeling – a daughter and two granddaughters of Sheila Veloz, whose name identifies Henry Mayo Newhall Hospital’s imaging center.

“Money from Bras for a Cause is split between the Sheila R. Veloz Breast Center and Circle of Hope,” Rutherford said. “Between the two, it goes for preventative medicine and pays for uninsured and underinsured women, second opinion exams, to help navigate the bills patients get, as well as emotional support groups and therapeutic modalities such as yoga, massage, jewelry making, on and on.”

A portion also goes to support local causes through Soroptimist International, which is dedicated to the education and empowerment of women and girls.

While the bras are the spectacle, some bidders are really interested in the accompanying baskets. They include event tickets for venues such as Magic Castle, gift cards for restaurants, limo rides, wine tours and hotel stays, and their contents have a minimum value of $1,000 each.

And for some, the bras turn into home décor, providing a reminder of their significance.

“They’re pretty darn fabulous,” Rutherford said. “Some people can wear them as costumes. The majority of people will display them. One friend bought a Van Gogh bra and her guest bathroom was decorated in that theme, so she put it there.”

Soroptimist members design the bras and there are typically several that accompany tickets for games, such as the Dodgers and the Rams. (It kind of gives new meaning to the term “sports bra.”)

They are selling 100 tickets for a five-day stay at a luxury penthouse in Montana near Glacier Monument, and you don’t have to be present to win, Rutherford said.

Also, among the many revenue streams at the event, they hold relatively spontaneous “Fund-a-Need” auctions throughout the evening, and these grant an uninsured or underinsured woman coverage for a free mammogram.

Bras for a Cause is sold out this year – again – which means more than 300 guests will take part in the festivities. But the rest of us can contribute; plus, there’s always next year.

There are many women and men in Santa Clarita who join forces because they recognize the healing that a group of friends can bring about, for both body and soul. The concept is punctuated for me when I read how my father comforted his colleagues who gathered for the last time at his hospital bedside.

He said, “Don’t be afraid … for I have discovered that we are all surrounded by immeasurable love and support.”

It sounds to me like “physician, heal thyself” had already occurred, in a sense … with a little help from his friends. 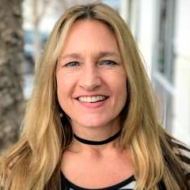