New Year’s Eve is a time to celebrate endings and beginnings. It is time to put the old year to bed, and welcome the promise and hope of a new beginning. With 38 different local times in use around the world, it takes 26 hours for the New Year to encompass all time zones.

People around the world celebrate the coming of the New Year in a variety of ways.

In Spain, it is customary to eat 12 grapes, one at each stroke of the clock at midnight on New Year’s Eve. Each grape represents good luck for one month of the coming year. In bigger cities like Madrid and Barcelona, people gather in main squares to eat their grapes together.

Residents of Denmark greet the New Year by throwing old plates and glasses against the doors of family and friends to banish bad spirits. They also stand on chairs and jump off of them together at midnight to “leap” into January in hopes of good luck.

During Scotland’s New Year’s Eve celebration of Hogmanay, “first-footing” is practiced across the country. The first person who crosses a threshold of a home in the New Year should carry a gift for luck.

To welcome the New Year, you’ll find round shapes all over the Philippines on New Year’s Eve as representatives of coins to symbolize prosperity in the coming year. Many families display piles of fruit on their dining tables, and some eat exactly 12 round fruits at midnight. Many also wear polka dots for luck.

An onion is traditionally hung on the front door of homes on New Year’s Eve in Greece as a symbol of rebirth in the New Year. On New Year’s Day, parents wake their children by tapping them on the head with the onion.

There are many options for New Year’s celebrations and entertainment in Southern California.

Grand Park and The Music Center

Marina del Rey rings in the new year in style, starting with a free family-friendly glow party with fireworks at 9 p.m. and midnight. The party will be held 7 p.m.–midnight, with face painting, DJ music, dancing and food trucks. Watch live broadcasts of the east and west coast countdowns to the New Year. Fireworks will be set off from Burton Chace Park and you can see the show from surrounding restaurants with harbor views if you decide to forgo the free party.

Spend New Year’s Eve at Universal Studios Hollywood and party until 2 a.m. with music, dancing, photo-ops and a special midnight countdown celebration with fireworks. Join family and friends for a special countdown celebration to midnight as you ring in 2020 with three synchronized fireworks displays throughout the park. Party areas are set up around the park with desserts, beer, wine and champagne available for purchase at each. 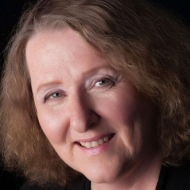