The Santa Clarita Valley Business Journal and the SCV Chamber of Commerce welcomed leaders from the SCV’s filming and production industry to talk about the opportunities and challenges that lie ahead for Santa Clarita’s growing show business presence, which is one of the industries that grew up in California with strong roots locally.

The discussion began with everyone introducing their respective organizations:

Monica Harrison, LA Film Locations We represent all kinds of real estate for filming. We’re based in Santa Clarita. We have properties all over the world, but we concentrate in Santa Clarita on the film zone (TMZ), the 30-mile radius in LA for TV, movies, commercials and still photography.

Karen Bryden, SCV Locations We represent property owners, as well as business owners, for various types of film production to take place on their properties.

Steve Arklin, Rancho Deluxe One of the filming locations that is based in the Santa Clarita Valley, and we cater to the productions for TV, feature films and still photography commercials, those types of things.

Question: Where do you guys see the biggest growth in your respective areas, for filming in the SCV?

Monica We’re doing more movies, more TV, there’s a lot more (demand) to meet the needs of centennials and millennials, with their very short attention spans, we have with Apple TV and Netflix and a lot of other cable shows, smaller studios. I see the growth in everything. We have grown every year for the last 17 years, at least 10% to 20% a year. I just see it continuing to grow. I don’t see that changing at all.

Karen Yeah, I agree with that. I think that the biggest change that we have seen in the last year and a half to two years is the return of a lot of our feature films or larger feature films. There’s a significant period of time where the majority of our films were not happening here in California. And since the state finally really did something substantial when it came to the film incentives and making that pool of money actually a viable pool, that has brought back films. For example, “Ford vs. Ferrari.” We worked on “Ford vs. Ferrari” for five and a half months at one specific location, and then a few smaller ancillary locations around the Agua Dulce and Canyon Country areas. But I think that the addition or the expansion of the state film incentives, as well as the expansion and the new emergence of our streaming services like Apple TV, and Netflix and Amazon and Hulu, I think that, like Monica just said, the addition of those streaming services is almost as if … well, we do, we have five brand new networks coming to town, in addition to all of the networks that we still had the CBS that CBS Paramount that ABC/Disney’s, all of those are still here. So the combination of the film incentives and the streaming services is really really boosted the amount of production and I feel it’s happening in Santa Clarita.

Evan … So yes, streaming has really changed the game in terms of episodic television, but even them doing features now. And a lot of it is spurred on by the state tax rebate program, which is just finalizing the second phase, and it’s moving into the third phase. So they’ve really put a lot of energy into that. And I’ve been saying it for the last few years, but it’s really been a renaissance of activity coming back into the state of California. And, you know, the reality is, there’s really no ‘down’ times in the industry anymore. We were, we were kind of talking about next week, maybe being a little bit of a layup with the holiday but you know, I’ll believe it when I see it.

And you know, the other thing too is our synergy between the movie ranches and the stages — we’re about 730,000 square feet of soundstage space.

So, episodic TV is our bread and butter. But I think, to Karen’s point, features are coming back. We’re seeing a lot of activity just in the last year. And part of that is due to a new studio opening up. But you know, that stage space, they move in and they realize, you know, what sort of production playground they have in Santa Clarita, and they can get so many different looks for traveling such a small distance, whether it’s a movie ranch or, you know, one of the local colleges or neighborhoods, you know, they don’t have to drive clear across Los Angeles to get a different look.

Steve Another thing that I’ve noticed is with the new tax incentives, some of the bigger shows that were out of state or out of country are starting to come back, as well. And I had several this year that came and stayed there for months at a time just because of what the city’s done with the tax incentives. And that’s a whole other thing that was starting to trickle away. That’s slowly coming back also, on top of the feature films.

Question: What’s being done on the supply side, so to speak, to address all of this growth in demand?

Steve Well, when it comes to the city with the tax incentive is one of the biggest reasons I believe that is starting to bring these people back in and also, (in Santa Clarita), it’s really easy to get permits turned around and (the city is) very helpful when it comes to accommodating the productions. … I have had to open up a little bit more space, and we are in the process of adding a couple more sets to the property right now, just to start accommodating more people.

Evan  I think in general there’s because of this influx of production returning the state of California, there’s there’s a shortage of soundstage space. … The studios are trying to find more stage space and I know … location scouts that literally just looking for sound stages, which is not generally what they do. So I think that’s a big thing. …

But in terms of other infrastructure coming around you’re seeing, and I think you’re going to continue to see, more ancillary businesses coming here. So you know, editing days or post production houses, prop houses and that sort of thing.

We’ve seen some of that with Needham Ranch, where they’re focusing on the entertainment industry … and I think you’re going to see a lot more of that coming to Santa Clarita in the next few years.

Karen  I think that the other thing that has benefit in Santa Clarita in the last year, year and a half specifically, just to add even more, is that L.A. County has made some substantial changes in some of the permitted activities that they will continue to allow at some of the movie ranches and properties that have been filmed substantially in our area, that are actually located in the (unincorporated areas of L.A.) County. So L.A. County and FilmLA is limiting some of their permitting that they’re giving to some what used to be quite substantial properties. … And so just by default and to our benefit … that is driving a lot of the business to stay here in Santa Clarita and go to film friendly properties like Rancho Deluxe and go to the film-friendly permit office that will turn around a permit and actually provide a permit for the activity that the production company wants to do.

Karen You asked about the supply specifically hey can’t build enough depth. We just we don’t have (enough space), the supply is so low. I am on phonecalls every day, as I’m sure Karen is as well, just looking for ‘quasi-stage space.’ We’ve got a huge movie going on right now with Netflix, and we worked for months trying to find (space). They already have a stage, but it’s not enough. So we’ve got several parking areas for them for several months and warehouse space that we are — it’s functioning as a stage, it’s adapted, but supply is very low.

Question: So you’d expect to see more businesses, such as prop or supply shops, post-production facilities, etc. coming to the area?

Karen  I think … it has been a very steady flow of, ‘If you build it, they will come,’ and that has happened as things have developed and and studios have been built or converted, or movie ranches have been expanded — every time there’s an expansion, that industry comes and they do utilize it. I don’t know of a single industry-related venture that has happened in the last 10 years that has not succeeded.

Question hat are the effective incentives for bringing the “runaway production” back to California, and the SCV?

Evan So, the major force in bringing production back is the state program and it’s, you know, hundreds of millions of dollars. We’ve been recipient of a large percentage, of those that’ve filmed in some way shape or form and Santa Clarita, many of them have even been based here. We have a local film incentive program that basically is geared at rewarding re-occurring production. … If they’re locally based, meaning they’re either one of the movie branches or one of the soundstages, they will qualify, and then we also have a hotel-rebate program for them, as well. So we’re funded now for about $60,000 a year and the economic impact that that brings is very high.

Question: If you had to estimate it, what do you think the approximate percentage of staff and crew who work on film production at local sets that also live up here?

Steve There’s a big percentage that lives in Santa Clarita or just on the outskirts, not far from here. And I hear it all the time. There’s a lot of people that love being here close to home. Even if they have to drive down to downtown, they’re like, Man, I rather stay here,’ a lot of traffic going that way. I think that there’s always been a pretty big filming community here in Santa Clarita. … And it seems like they’re actually starting to (move up here) more and more from what I’m seeing.

Evan We did a study years ago, and it was, it was (6,000-7,000) people that were, you know, in the industry that were living up here. I think the number, honestly, is higher now as the population has increased. But you, you see, you go to any set, and they find out you’re from, you know, you’re representing Santa Clarita, and they just are grateful beyond belief (to be filming here).

Karen You know, I think, just location managers specifically, as you two were talking, I counted 10 location managers just off the top of my head that I know live in Santa Clarita, and every single one of them would rather stay home, then to drive somewhere else. And if that’s the group of people that’s finding the location to those production designers on those directors and those producers, and they want to stay home, well, that’s a bonus for us.

Monica We bought a house, our first house here 20 years ago — it was because of other industry people telling us this is the place to be. But back then, it was more of a bedroom community. Now it’s grown now with third-largest city in the county. Now, it’s hard to estimate how many actually live out here, but I would say (one-fourth to one-third), I mean, we’re known as ‘Hollywood North,’ as they say. It’s a large number, and they do prefer to stay here and work.

Paul Raggio | Time to Get After It 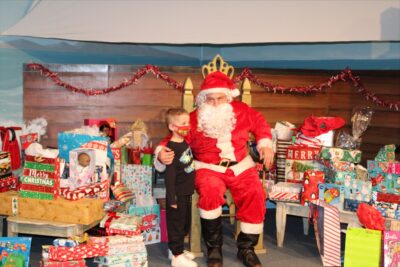 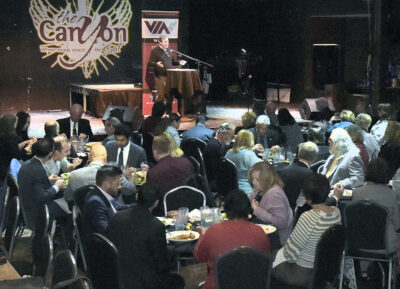 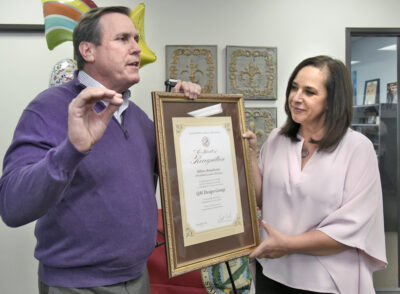 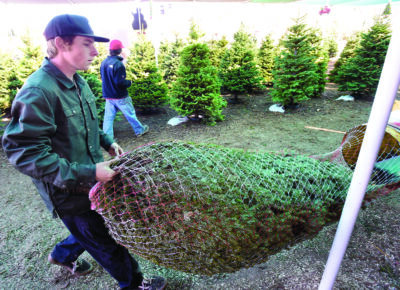