With the winter sports quickly approaching, four girls’ tennis Foothill League teams’ seasons were extended as they qualified for the CIF playoffs.

Entering Tuesday, Valencia, West Ranch, Saugus and Hart had qualified for the playoffs. Here are the results from the wildcard and first round of CIF playoffs:

All overall records are according to Maxpreps.

The Division I Valencia Vikings (17-6, 10-0) took on the Simi Valley Pioneers (17-3, 5-3) on Wednesday and won 13-5 in round one. All the singles for the Vikings swept their matchups with the only losses coming in doubles, but the Vikings were still able to come out with the win.

“Simi Valley likes to lob the ball a lot and that wasn’t the style of play that they are accustomed to,” said Vikings head coach Darrell Peries. “We just want to compete. It’s win or go home. Tomorrow we gotta work on the things we saw today and be better prepared for our next match.”

“They aren’t bad. They had more of a pushing game, but the job now is to stay more consistent and play more aggressively. It was a good match,” said Thay.

“I feel like some things could’ve been better but it worked out nicely towards the end ‘cause I found my groove. My mindset was to treat this like any other match,” said Tamondong.

The Vikings’ next match is scheduled for Friday against Claremont at 2 p.m. at Valencia.

The West Ranch Wildcats (9-7-1, 7-3) entered the Division I playoffs against the highly touted San Marino Titans (12-1, 8-0) and lost 18-0 Wednesday in round one. The Wildcats’ season comes to an end, but not without the respect shown for the Titans.

“It was a pretty bad defeat, but doing some research on San Marino and from even when I was still playing, they have always been good,” said Wildcats head coach Jackie Ressler. “The defeat inspired the girls to see how good the level of competition is outside of our league. It showed where they want to be with the Division 1-caliber players. It was a hard loss but the girls did their best knowing it was their last match. It was a kind-hearted yet fun loss.”

In singles, Saugus No. 2 Madison Vianzon picked up the only set, defeating the Wilson No. 3, 6-2. Singles players Jules Diaz and Baylee Renfro lost their three, but were playing at high levels.

“Renfro had three tough rounds, but she was also playing some of the best tennis I’ve seen her play,” said Centurions head coach Bailey Sindle. “She was moving well, striking the ball, and was keeping up with their top players. In the end, the Wilson singles girls just edged us out.”

In doubles, Saugus picked up 3 sets with the No. 1 team, Brianna Cervantes and Chloe Hong leading the way. The senior duo defeated Wilson’s No. 2 and 3 teams 6-3, 6-4.

“Chloe and Bri have been a reliable No. 1 team all season,” said Sindle. “They have helped push doubles and just work so well together. They know where they hit the ball, what shots work when, and just have fun each time they walk on court. They should be proud of the season they’ve had.”

Picking up the other win in doubles was Centurions No. 3 team, Aivie Quinto and Kelsie Lammens-Ross, against Wilson’s No. 3. After a tight match and back-and-forth score, Quinto and Lammens-Ross pulled through in a tiebreaker, 7-6 (7-3).

“Aivie is a backboard and Kelsie has a variety of shots that girls don’t like playing against,” said Sindle. “Her power and craftiness combined with Aivie’s consistency is a strong combination.”

Despite their best effort, Saugus did fall, thus closing their 2021 season.

“I am so proud of each of the girls,” said Sindle. “All season long they have stayed focused, given it their all, and played with such drive. There was something special about this team that will be missed. I’m losing eight seniors this year, so it’s bittersweet. They should be incredibly happy with the work they have put in and the results they earned.”

The Hart Indians (7-7, 3-2) lost to the Windward Wildcats (11-4, 6-4) 16-2 on Tuesday in the Division II wildcard round. Head coach Allan Hardbarger has his team’s season come to an end, but saw his team work hard until the very end and knows there’s not much more you can ask for as a coach.

“We put a lot of fight out there like we always do and we ran into a very talented team today,” said Hardbarger. “Unfortunately, the season ends today, but I couldn’t be prouder of what we accomplished this year. I just wanted them to go out and play freely, and that’s exactly what they did. They played with no regrets.”

The Indians were led by their doubles team of Madison Woo and Allison Howell, who lost their first two sets (5-7, 1-6) but won their final set 6-3. Both Howell and Woo player their final game of high school and will always remember their time of happy memories and wish nothing but the best for the rest of their team.

“I will definitely miss the people the most,” said Woo. “This team is just amazing. Everyone is so encouraging. Our coach is the best. He makes me smile and makes all of us laugh and we always know he’s there to cheer us on and give us advice.” 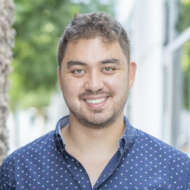