John Zaring: America’s election is not the WWF, folks

Donald Trump’s failure to stand behind America’s democracy at the final presidential debate on Wednesday was a disgrace. Period. End of story.

But even worse, and more importantly, it was downright dangerous. America’s election is not a professional wrestling match, and it shouldn’t be treated like one by the presidential nominee of one of this country’s two major political parties.

In the vortex of lunacy that is Campaign 2016, which long ago saw Trump crossover his own thin line from adolescent to certifiable, The Donald is now actively attempting to delegitimize the outcome of this election in two distinct ways.

The first is by casting doubt about Hillary Clinton, by claiming she can’t be president because she’s a criminal and should be in a federal prison. He has even promised his fawning crowds that if he wins, he’ll “lock her up.”

In Wednesday’s third and final debate, when he refused to say if he will accept the outcome of the election, regardless of the result, he launched so far over the line finding his way back will be all but impossible.

Let’s be clear about history: Trump’s insidious claim that voter fraud is rampant across America is absolutely false. In fact, it has been disproven by non-partisan study after study, all of which have shown that voter fraud, in reality, is astonishingly rare.

I’m reminded of what former New York Senator Daniel Patrick Moynihan famously used to say: “Everyone is entitled to their own opinion, but not their own facts.”

New York University’s Brennan Center for Justice – which is a non-partisan public policy and law institute – conducted and published an exhaustive 20-year study entitled “The Truth About Voter Fraud”. This is what they concluded:

“The Brennan Center’s ongoing examination of voter fraud claims reveal that voter fraud is very rare, voter impersonation is nearly non-existent, and much of the problems associated with alleged fraud in elections relates to unintentional mistakes by voters or election administrators.”

Go ahead, Google it. It’s a bit dry, but completely tears apart Trump’s claims of rampant fraud in America’s elections.

There is a difference between election rigging, which is perpetrated through corruption, and voter fraud, which happens when dead people vote. Trump has been conflating the two with callous disregard to its impact upon Americans’ faith and confidence in our system of voting and in the integrity of that system, which is foundational to the legitimacy of our government and the leaders we elect to rep us.

To rig an election it would take people all across the country, the good citizens who are working together to run elections, to work in concert with each other to perpetrate a fraud of epic proportions.

Set aside for a moment the fact that Republicans and Democrats, like cats and dogs, haven’t been able to work together to accomplish anything just about anywhere for the past decade plus. To do what Trump asserts, it would also require the eyes and ears of the independent election watchers, more Republicans and Democrats, to turn a blind eye while this “rigging” was taking place.

So everyone is in on it, Donald? Literally everyone?!

I’m sorry Donald, but just repeating it over and over in front of your adoring crowds doesn’t make it true. Of course, nearly everyone who still believes in Donald Trump will continue to do so, but many others remain unconvinced, and they aren’t likely to be moved by this scorched earth final argument.

Trump is bleeding women voters, bleeding people of color, and bleeding moderate Republicans with principles, and he knows it. I think he’s finally calculated what many of us have been saying for weeks and months, which is that he simply can’t win.

This is the politics of backlash now. This is about positioning his excuse for losing, because as we all know, Trump doesn’t ever lose. He’s a winner.

But at 71, Trump must know that his political career is over. I suspect he also knows that he’s done lasting damage to the Trump brand. His name is now kryptonite for any product not aimed at the radical right; he’s commercially untouchable in mainstream America.

So what’s Trumpy Dumpty to do?

There is one path that will allow Trump to monetize the rancor he’s fomented, and that’s to convert his basket of deplorables into a boatload of money. And fomenting doubt about the outcome and anger at the political class and the mainstream media, positions Trump for his next stage, for what happens after he gets his butt handed to him on November 8th.

After a lifetime of putting himself first, why would anyone be shocked if this turns out to be Trump’s cynical last move? Not every Trump supporter is crazy, of course, but if his plan is to exploit and monetize those bigots, racists, chauvinists and other deplorables he’s activated since his birther claims first emerged in 2008, he’ll find a welcoming fan base.

America isn’t the World Wrestling Federation, and democracy isn’t a game to be played.

Trump needs to slither away into the underbelly of the night, like he snake he is. Sadly, the odds aren’t very high that he will … 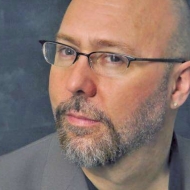