We go from breaking news alerts to “based on a true story” movies in fairly rapid fashion these days.

In January 2009, US Airways Flight 1549 made a water landing on the Hudson River, thanks to Captain Chesley “Sully” Sullenberger. In September 2016, “Sully” was released nationwide.

It can be a tricky thing, making mass entertainment out of a recent tragedy, especially when there are but a few years between a horrific event — one that took lives and maimed people and struck at the heart of America — and the release of a commercial motion picture.

Few filmmakers are as respectful of the gravity of these seminal moments, and as reverent toward the real-life heroes and victims and survivors of these events, as Peter Berg. With “Lone Survivor” and “Deepwater Horizon” and now “Patriots Day,” Berg has become something of a specialist in telling these stories through the lens of a big-budget action film while never coming across as anything approaching exploitative.

All three of the aforementioned films star Mark Wahlberg. In “Patriots Day,” Wahlberg plays one of the few main characters not based on a real-life figure. His Sgt. Tommy Saunders is a well-respected but hotheaded Boston police veteran who’s working his way back into the good graces of the department after a recent suspension.

Director Berg and the team of writers (adapting the non-fiction book “Boston Strong”) do a fine job of introducing Tommy and a half-dozen other major characters in the hours before the Boston Marathon. The casting is just about perfect, from John Goodman as Boston Police Commissioner Ed Davis to J.K. Simmons as Watertown, Massachusetts, Sgt. Jeffrey Pugliese to Michelle Monaghan as Tommy’s tough and supportive wife, Carol. (Later, after the bombings, Kevin Bacon arrives as the FBI agent in charge of the investigation.)

We also meet some of the victims and key civilian figures in the case, who are going about their lives, immersed in their daily routines, with, of course, absolutely no inkling about the mayhem that will soon envelope them.

Wahlberg is in his comfort zone playing a Boston copper. Goodman, Simmons, Monaghan, Bacon, et al., are as superb as they’ve always been.

No slight to those great talents and their stellar work here, but arguably the most challenging roles in this film aren’t the heroes, but the killers.

Great acting is great acting, which is why the likes of Goodman and Bacon have played numerous likable sorts and some truly evil souls with equal effectiveness over the years.

Still. Melikidze and Wolff are in a movie of their own for most of this story, having almost no interaction with the characters we’re rooting for until the very end, and they do a superb job of carrying that end of things.

The camerawork and the editing on “Patriots Day” aren’t nearly as frantic as on “Deepwater Horizon,” making for a more dramatically effective and emotionally involving film. We spend just about the right amount of time with every storyline, whether it’s the unfolding investigation, or human interest subplots about the brave carjacking victim Dun Meng (Jimmy O. Yang), the young couple (Rachel Brosnahan and Christopher O’Shea) who were both maimed in the attacks, or the MIT officer (Jake Picking).

Berg can’t resist a few applause-seeking moments that most likely don’t exactly mirror real-life events, but serve as release moments for the viewer. And with a running time of 2 hours, 13 minutes, “Patriots Day” feels a little bit stretched in the final act.

Small issues. Overall, this is a Boston Strong film about one of the worst terrorist attacks ever on American soil, and a community’s resounding response.

Rating: Three and a half stars out of four. 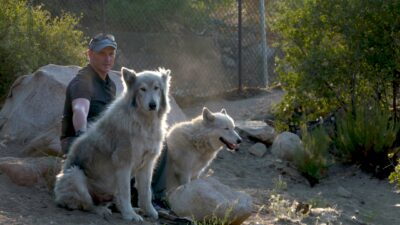 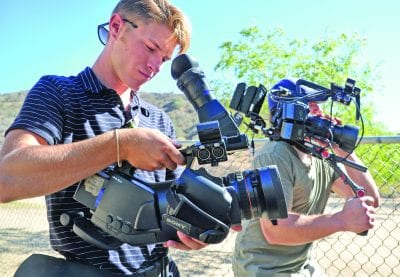