TMU Insider: Men’s basketball prepares for matchup against Vanguard with first place up for grabs

The stage is set for a first-place showdown at The Master’s University on Saturday.

The series of events moved the No. 10-ranked Mustangs into a first-place tie with No. 6 Vanguard in Golden State Athletic Conference standings and made sure the conference’s top spot would be on the line Saturday regardless of how the teams fair Thursday.

TMU (22-5, 11-4 in GSAC) will travel to face a talented Life Pacific team Thursday, before hosting Vanguard at 7:30 p.m. The Lions (23-4, 11-4) will play Hope International, which received votes in the most recent NAIA Division 1 poll, on the road Thursday.

The Mustangs’ path to this point hasn’t been as smooth as last season when they went 13-1 in conference play and won the first GSAC regular season title in program history.

The Mustangs have lost four times, all on the road, in conference this year, but still find themselves in position to repeat because of forward thinking.

“Yes, we lost two in a row for the first time in like two years,” said point guard Hansel Atencia, referencing the team’s losses at Menlo College and Jessup earlier this month, “but it doesn’t matter. We just have to move on. We have three games left.”

For Atencia, changing the course of Saturday’s game was rather straightforward.

With TMU leading by one, Atencia closed the first half on a personal 9-0 run, connecting from deep on three straight possessions. The Mustangs went on to lead by as many as 21 after halftime.

“On the first one, it was a kick-out three, and coach has been telling me to shoot those because those are the open ones,” said Atencia. “The second one, no one was guarding me, so I had to shoot it. Third one was kind of like a heat check. I’m glad they went in.”

Atencia finished with 19 points and five assists, and teammate Darryl McDowell-White scored a career-high 24 points on 6-of-10 shooting from beyond the arc.

Westmont snapped the Mustangs’ 15-game winning streak on Saturday night, 49-46, in Santa Barbara. But No. 5 Master’s remains in the driver’s seat for the first GSAC regular season title in program history.

Master’s will then host fourth-place Vanguard (20-7, 11-5) in its regular season finale on Saturday at 5:30 p.m. The Lions are ranked ninth nationally.

Westmont entered Saturday’s game at No. 15, and the Warriors built a 13-point lead after the first quarter.

The Mustangs cut it to five by halftime, and the teams went into the fourth quarter tied 39-39.

Then, down two, Master’s had the ball with under 10 seconds remaining. TMU turned it over.

TMU pitcher Robert Winslow, a Saugus High grad, pitched a complete-game four-hitter on Saturday in a 7-1 win over the University of British Columbia at TMU.

In the seven-inning outing, Winslow struck out a season-high 10 and walked two. Valencia grad Anthony Lepre hit a three-run homer, his fifth of the year, in the first inning.

The Mustangs (7-3-1) won both games with British Columbia Saturday and split the four-game series, falling in single games Thursday and Friday.

Master’s will host Arizona Christian in its GSAC opener this Friday at 11 a.m. and 2 p.m. The teams will meet again Saturday at TMU, with the same start times.

The Mustangs lowered their times in the 200-medley and 200-freestyle relays, both of which had already qualified for nationals, and added the 400-free and 400-medley relays to their slate for nationals.

The Mustangs will compete at nationals in Columbus, Georgia, from Feb. 27 to March 2. 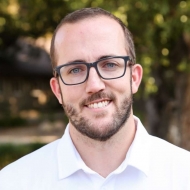