A few thoughts about ‘fringe benefits’ in a modern economy

I’ve often wondered why “fringe benefits” are called “fringe benefits.” When something is “on the fringe,” it’s regarded as being “on the edge” and “not central” to the event or core purpose.

Therefore in 2020, in a sophisticated economy and productive country like the United States, I personally think it’s rather sad that vacation pay and retirement benefits are still considered to be “fringe benefits.” Obviously, the job market will drive some employers to offer some benefits to some individuals as a way of attracting and retaining some staff. Yet therein lies the heart of issue — some will be recipients of the fringe benefits and some won’t.

In a similar vein, I was shocked at the excesses one company spent last week out in Palm Desert for the annual gathering of some of their employees from some parts of the world. There were about 1,400 employees (a fraction of their total employee head count) from around the world and from what I could gather, what was spent was certainly way beyond the fringe.

The company essentially took over this 5-star hotel and no expense seemed to be spared. It was a big hoopla, that’s for sure. From branded T-shirts to sumptuous buffets — the cash flowed out of the business. There was entertainment that went long into the night with cool DJ’s amping-up the crowd with their incessant, hypnotic beats. It felt like we were observing some weird cult gathering, especially when the leaders were conducting the award ceremony.

Way over-the-top gifts and rewards were bestowed upon those who had “gone over and beyond” or “put in endless hours” or “worked 24/7, 365” or “sacrificed so much of their lives” to achieve the goal. The cult executive officer — sorry, chief executive officer — wrapped up the evening’s ritualistic ceremony with the two words his followers all wanted to hear: “open bar.” Those two words of course didn’t conclude the evening and instead just extended it long into the early hours. Fellow hotel guests told us of having their sleep disturbed most of the night due to the drunken shouts, giggles and races up and down the hotel hallways.

I’m no party-pooper, but I just think it’s kind of obscene that on one hand an employer will regard vacation pay and retirement benefits as being “fringe benefits” and then on the other hand, spend close to a quarter of a million dollars for a corporate jolly. I also wonder about the hidden costs in lost productivity for the time away from work, not just for the conference but all the related travel time. I also ponder the people who drank too much and may have regretted what they did or said as a result of the alcohol speaking through them.

I also think companies such as the one I am describing ought to think long and hard about the image they portray to others at the hotel who may be their customers and in effect are helping pay for all this excess.

My hope is that senior leaders would look closely at what they consider “fringe benefits” for some and, instead, provide them to all. I also hope leaders think carefully about how they spend company resources to celebrate success and rally some of the troops. I am sure by redirecting the latter for some they could help the former for all.

Paul Butler is a Santa Clarita resident and a client partner with Newleaf Training and Development of Valencia (newleaftd.com). The views and opinions expressed in this article are those of the author and do not necessarily represent those of The Signal newspaper. For questions or comments, email Butler at [email protected] ν 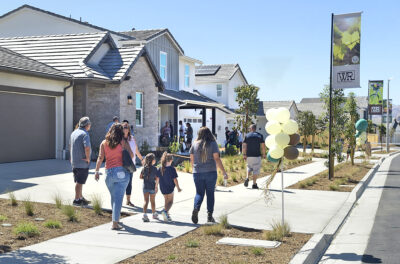