Celine Chen, a 17-year-old student from Valencia, won the Debussy award at the annual Claudette Sorel Piano Competition, with 72 pianists – including international participants — invited to perform.

The annual competition, which took place on the campus of the State University of New York at Fredonia, New York, is designed to encourage young pianists’ growth in a healthy, supportive environment and to allow them to demonstrate their artistic vision, according to a news release.

“She [Nishizaka] always encourages her students to participate in any performance opportunities available as it would help us grow even more in music,” Chen said.

The piano competition was a daunting performance opportunity, but Chen thought it was a valuable and rewarding experience to compete and perform in the competition.

Although the competition was tough, Chen is no stranger to performing nationally. She recently flew to Utah to participate in the Utah State University piano competition.

Additionally, she has competed in the Music Teachers National Association’s performance competition, regarded as one of the most prestigious competitions for young pianists.

“Other out-of-state competitions I took part in include the Seattle International Piano Festival and Competition and the Fischoff National Chamber Music Competition,” Chen said.

Since Chen is not new to these competitions, she prepared for the Claudette competition by listening to “countless recordings” and committing to extra lessons with Nishizaka.

“I often left school during my open period to drive down to Pasadena for my piano lessons,” Chen said. “She [Nishizaka] really helped bring my competition repertoire to the next level and I couldn’t have done this without her expertise.”

Additionally, Chen is a member of Junior Chamber Music as a pianist and Colburn’s Ed and Mari Edelman Chamber Music Institute as a flutist.

Even with the resume of music accomplishments, Chen felt she struggled with “water music,” a form of impressionistic sounds, using nonfunctional harmony and ambiguous key signatures, which Debussy is known for in his compositions.

“I thought that I would never be able to play such pieces expertly. Thus, receiving such an award was an absolute honor,” Chen said.

Chen said she Googled “how to calm myself down” before walking on stage. With her instructor thousands of miles away, Nishizaka texted her encouragements to “jump and shake off the tension” before her performance.

Accordion to Chen, the competition was nerve-wracking because it’s been a while since competitions were in-person, but she enjoyed being back on stage and was reminded how much she loves performing in front of a live audience.

Chen performed on the Steinway D Grand Piano, and said the keys were light, and the high registers were lovely and took her by surprise, saying, “the Debussy [music] paired really well with that particular Steinway.” 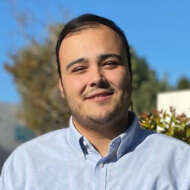