The academy was founded by Golden Valley alumnus Taylor Statham. Statham graduated in 2010 before an illustrious basketball career at CSU San Bernardino and professionally overseas.

The Grizzly alum’s professional playing career has dozens of highlights such as his MVP performance in the Hong Kong Kung Sheung Cup tournament in 2016. While playing in Thailand, he led the league in scoring and averaged 28.6 points, 12.3 rebounds and 6 assists per game.

But after traveling the world and winning tons of awards, Statham is leaving his mark back at home.

Statham co-founded Statham Academy with Canyon alumnus Travis Divita. The two also coach the No. 5 11U AAU team on the West Coast, the Creators.

Statham Academy has brought in hundreds of kids to grow in the sport of basketball.

“I’ve always wanted to start a youth league, help players from the ground up and get them going on the right path,” said Statham.

The league currently welcomes any youth player ranging from 5-year-olds to 14-year-olds. The academy plans to add a high school division in its upcoming season this September.

Saturday’s event featured all teams, leaving no one excluded. While the top two teams would be battling it out for the championship trophy, two other teams would be playing in the third-place game.

During game breaks, the event hosted challenges for the players as well as a pro dunk contest.

The Statham Academy’s brightest star was also featured in one of the challenges. Youth players of all ages were welcomed to try to score on Foothill League Player of the Year, Andrew Meadow.
Meadow did not let up on his young challengers. Only a few were able to get a shot past him but no one could score.

The 6-foot, 7-inch Wildcat has been training within the Statham Academy since he was 8 years old. Meadow is now entering his senior season with West Ranch, currently holding more than a dozen Division 1 offers.

“Coach Taylor has been helping me since I was young,” said Meadow. “He’s always been there for me and really made me become a better basketball player and a better man in general. I really appreciate him and what he’s doing for the Santa Clarita Valley.”

The academy gave out awards for the season and championship games, including the eighth-grade division finals MVP award, the Andrew Meadow award. Statham wanted real-life and involved heroes for these kids to look up to. He named every award after someone personally influential on himself as well as the kids.

Statham has seen many of his players come to the academy on the verge of quitting basketball. But the academy has helped them rediscover their passion and talent for the game.

“There’s kids who came to our camp last year who had no idea how to play basketball,” said Statham. “They dug down, stuck to it and worked hard. Now some of them are the best in our league. They were kids who couldn’t dribble or shoot but they came to every summer camp.”

The coaches were flooded with parents raving about how far their kids as well their children’s teammates have come in the game.

“I heard it all today. ‘Wow, I can’t believe the things my kids are doing,’” said Statham. “That’s been the most amazing part of all of this.”

Statham believes their growth is a good mix of how incredible his coaches are and how hard the players are willing to work.

The work is year-round for the coaches as the academy continues to grow in its number of players and coaching staff.

“I’m always going to be a part [of Statham Academy],” said Meadow. “I’m always trying to work with Taylor and with everyone out here. I’m just looking forward to see it keep building.”

Statham takes pride in being from the SCV. He thrives on being part of something growing and developing local kids, something he didn’t have as a kid.

“We didn’t have any of this growing up,” said Statham. “There weren’t a whole lot of great coaches and trainers. I just tried to create this platform and find the best people and best coaches to mentor and mold these young men and women.” 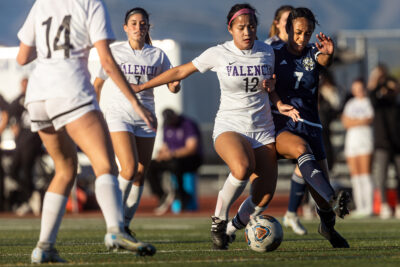 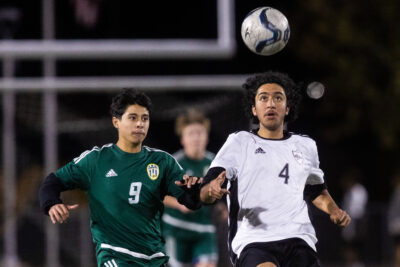 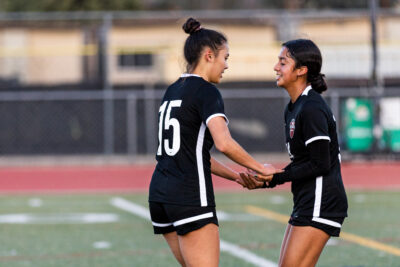 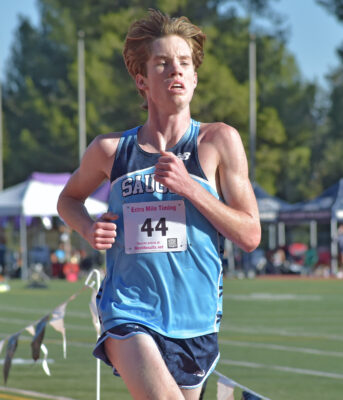