Though it’s located in the center of Santa Clarita, the food at the brand new MJ’s Tap House Grill isn’t something you find on the 50-yard-line. The menu at the sports bar/restaurant pushes originality to the edges of the field, with custom recipes incorporating
its signature offerings: craft beers.

“Modern barbecue,” is how it’s described by Miguel Perez, who owns the bar with Iggy and Martha Trujillo. “We’re not a Southern barbecue. We grill everything, not fried.”

The most popular offerings so far at the two-week old restaurant are the tri-tip sandwich and the Iggy’s Burger,” which was, of course, a design of Iggy Trujillo. But the name, MJ’s Tap House Grill, came from Perez – that’s Miguel Jerome Perez. 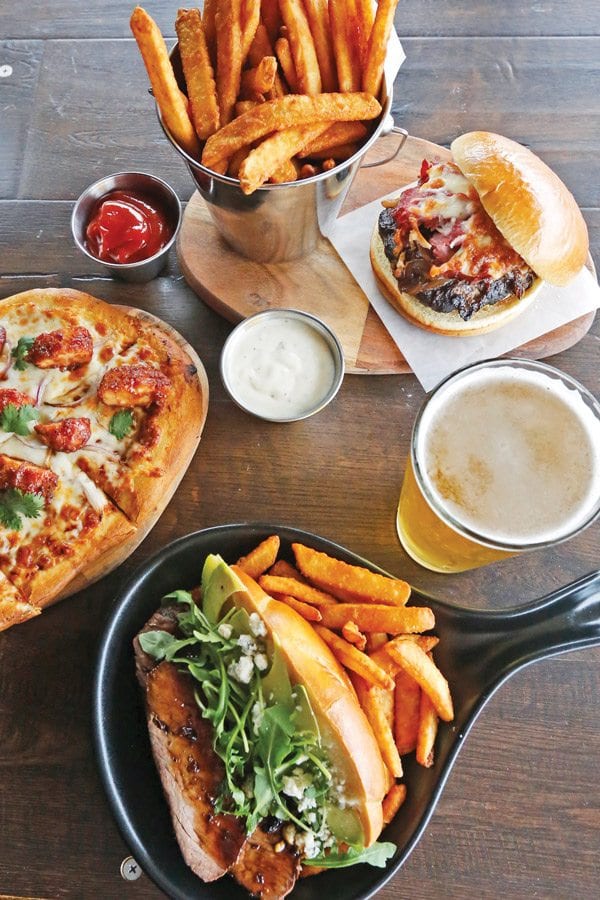 In fact, the whole restaurant was Perez’ brainchild, including 14 craft beers on tap.

“I love craft beers. When I travel, I usually visit a local brewery. It’s growing so quickly as an industry,” he said. “And my passion has always been barbecuing.”

After 25 years in the mortgage servicing industry, including a vice president position at Bank of America, Perez left the corporate world because he always wanted to own a sports bar restaurant. He doesn’t have a food industry background, but his partners do – and they shared his vision.

Iggy has a full-time job and Martha works at MJ’s in management.

Luckily, her brother, Luis Arturo Mojica, was a contractor, because the owners took a former pizza restaurant across the street from Home Depot and transformed it into the warm, industrial style that is MJ’s Tap House Grill.

“Since it was a pizza place, it was easier to convert it. It was two to three months instead of eight,” Perez said. “I knew the Canyon Country area didn’t have this type of restaurant either.”

The remodel was still a major project, leading up to opening the restaurant’s doors December 9. “I haven’t even slept yet,” Perez said.

About 95 percent of the beers come from local breweries, he said, at least from the greater L.A. area. And MJ’s’ chef and sous-chef are the owners’ secret weapons.

“Our chef worked at a lot of breweries and incorporates a lot of the craft beers in his dishes,” Perez explained. “For example, he made a bread pudding and made chocolate syrup with a chocolate craft beer. It’s unique stuff we’re doing.”

The nine flat screen TVs make it a sports fan’s paradise, but eight high chairs communicate that kids can come too. There are salads and flatbreads for vegetarians and not only can MJ’s seat over 100 people when you include patio seating, the restaurant is already hosting parties. There is a main seating area and a semi-separate room, where Perez is putting a pool table, a dartboard and an electric dartboard. MJ’s also has a hi-tech surround sound system.

The décor and food at MJ’s Tap House Grill stakes claim to a different kind of customer. It calls its own plays, you might say, but according to the restaurant’s already growing fan base, it always passes the goal line.

MJ’s Tap House Grill will hold a Grand Opening Celebration on Thursday, December 29, 2016 from 5:30-8 p.m. The community is invited to celebrate with owners Miguel Perez and Iggy and Martha Trujillo with a ribbon cutting ceremony at 6 p.m. and complimentary samples and champagne. At 8 p.m. they will hold a raffle for the following prizes: a 43-inch 4k Flat Screen TV; 30-Day Trial gift cards from Snap Fitness; and gift cards from MJ’s Tap House Grill. 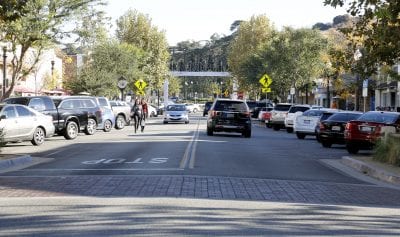 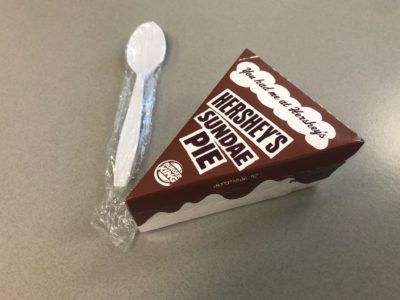 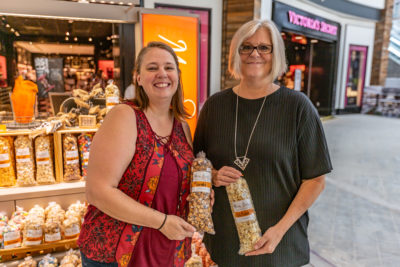 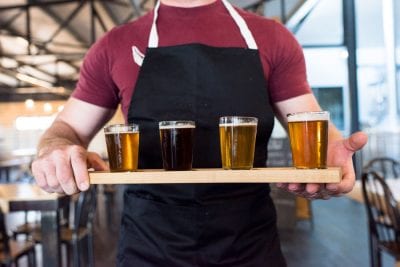 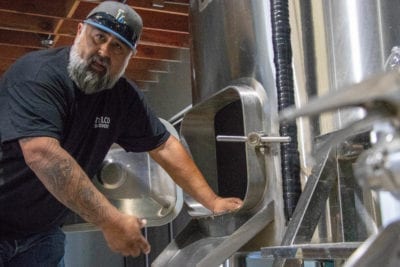