It happened again. Once again, the United States put together a Ryder Cup team that, on paper, seemed unbeatable. Unfortunately, the Ryder Cup was played on a golf course in France, not on paper.

Heading into the Ryder Cup, I was torn as to who I believed was going to win the event. Yes, the U.S. team did appear to be stronger on paper, but the Europeans always seem to rise to the occasion when hosting the Ryder Cup.

I’m beginning to believe that the Ryder Cup is more important to the European players. It’s not to say the American players don’t take the event seriously, but the Europeans seem to take their games to a higher level in the Ryder Cup.

For some European players, the Ryder Cup will define their careers.

Sergio Garcia’s career has absolutely been defined by his Ryder Cup success. Garcia, up until the 2017 Masters, was known as the greatest player to NEVER win a major championship.

His Masters victory last year will likely be the only major title he ever wins. However, when it comes to the Ryder Cup, Garcia turns into Tiger Woods. His victory over Rickie Fowler during Sunday singles play made him the all-time leading points for a European in the Ryder Cup.

Speaking of Woods, what a disastrous tournament this proved to be for him. The high he was feeling after his Tour Championship victory the week before quickly dissipated after a 0-4 record in France.

How does Woods go 0-4 in the Ryder Cup? Just as Garcia turns into Woods during Ryder Cup week, Woods turned into Garcia at the same time.

How can you possibly explain the dominance of Garcia in the Ryder Cup, and the abysmal record of Woods in the Ryder Cup? I believe it means more to Garcia. This attitude seems to resonate throughout each of the European teams in recent memory.

Though I am always pulling for an American victory, I get more pleasure from watching the European team compete.

Think about this, Woods and Phil Mickelson have won a combined 19 major championships. In this Ryder Cup, they were a combined 0-6.  Mickelson was so bad that he didn’t even play a match on Saturday.

Two years from now the Ryder Cup will once again be played on American soil. Most likely, the Americans will be the favorites heading into the event. Regardless, it’s the European team that will likely play with more emotion and a deeper desire to, once again, hoist the Ryder Cup trophy. 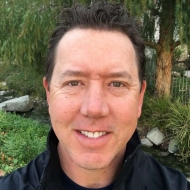