Rob Chew was studying at the seminary when he decided to create something to help break the ice and make new friends.

Despite a background in sports, he wasn’t a big fan of sitting around and watching games on TV, like many of his friends.

“When I was in college at UCLA, I wanted to hang out with friends, and a common thing was for people to watch sports,” said Chew. “I was a tennis coach, so watching sports was like going back to work for me.”

He sought a more social activity. His solution? Creating his own board game.

“I would cook for them, and we would play board games,” he said. “People were a lot more willing to engage with you when there was an activity like that.”

Knowing how many board games existed already, Chew wanted to create one with the purpose of bringing people together and closing the gap between different personalities, which is why he named his game company Gap Closer Games.

The restaurant theme came from Chew’s love for cooking. Since he cooked for his friends when they would come to visit and play board games, he figured that the two activities would be a good combination as a way to interact with new people.

Rival Restaurants is “a board game about competitive restaurant owning. Use your chef’s power, cook recipes, and lead your restaurant to gastronomical glory,” according to the game’s Kickstarter page.

In Rival Restaurants, players must cook as many dishes as they can to earn a five-star rating for their restaurant. What makes the game unique is that players don’t have to wait for their turn. All players go at the same time, setting the tone for a fast-paced interaction that will get people talking and bargaining.

Because of the variety of chefs with unique skills, the number of different restaurants and the various recipes, Chew says there is no one way to win the game. Each time people play, the results will be different, and everyone has a chance for a comeback.

Chew says that the game was just an idea that brought his friends together, but eventually turned into an actually board game.

Once Rival Restaurants began to come together, Chew and his partners took the game to conventions. They had people play test their board game to get honest reviews on how to improve it.

After finalizing Rival Restaurants, Chew and his team created a Kickstarter page to raise money to get the game up and running. The goal was to raise $30,000 in 40 days. They reached their goal in only 36 hours.

And he also had a lot of help from his friends.

“Audrey Jung, my friend from church, asked to draw the characters,” he said.

He agreed to let her draw them, and he wasn’t disappointed. The characters have a Pixar-esque look inspired by Chew’s love for animated movies, he said.

A lot of the game actions are based on puns, which Chew says gives a more lighthearted feel to a competitive game. Some of the chef characters players can choose from are Lovehandles McFatterson the plus-size chef; Gardena Eden, the Vengeful Vegan; and Mortimer Sleazburger.

During the early stages, Chew and his friends played the game with pennies and nickels as currency.

Now they’ve helped him bring it all together. Chew’s title is creative engineer; Jon Kang is the game developer; Jung, the illustrator; Gary Alaka, project manager; and Jeff Yong is the legal counsel.

His friends thought the game had promise, and now people online have been validating that with their donations, which continue to roll in, ahead of the deadline next month.

“There were a lot of things I felt were missing in the games I knew about,” Chew said, explaining the idea behind Rival Restaurants. “I built a board game out of all the things I wish board games had. It was all the things crammed into one.” 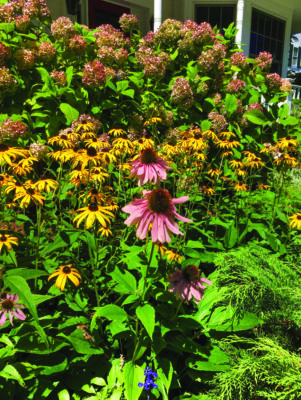 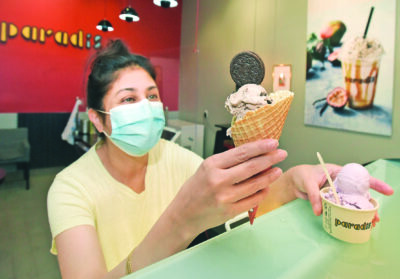 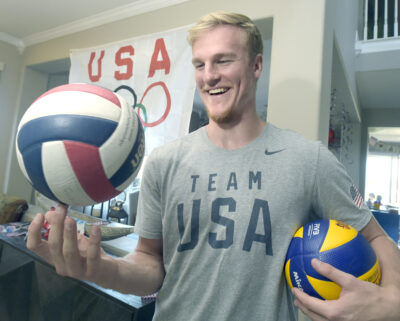 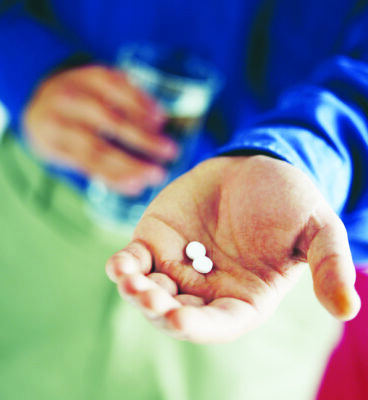 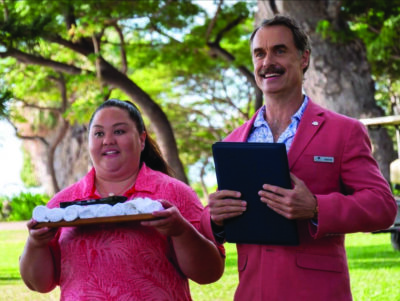 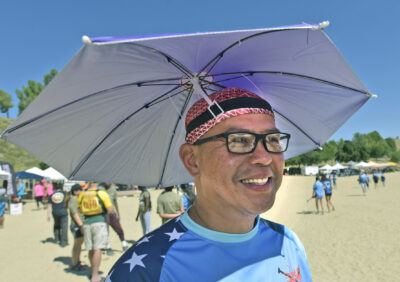 When it’s just too hot to go outside