In collaboration with his brother Ethan, Joel Coen has tried his hand at such wide-ranging genres as: film noir, gangster pictures, behind-the-scenes Hollywood morality tales (both tragedy and farce), screwball comedy, mythology, black comedy (British and American), Westerns (contemporary and period), the Bible, and remakes of beloved classics. At this rate, it was inevitable that he would eventually get around to Shakespeare and German Expressionism. Flying solo this time, Coen has merged two great storytelling traditions, one verbal and one visual, to create something truly unique.  His version of “The Tragedy of Macbeth” is not quite like anything that has come before.

The text itself has been pared down considerably, and anyone concerned about endless incomprehensible speeches will be heartened to learn that this version of “Macbeth” is highlights only. But, purists need not worry; all of Shakespeare’s most famous bits are here and presented with an efficiency that speaks to the reduced attention spans endemic to our times. In addition, the play’s motifs — betrayal, murder, fate, guilt and justice — remain key elements of contemporary entertainment centuries later and remind us what first made this play popular entertainment back between 1606 and 1611. The key theme involving the consequences of desiring power at any cost also has significant relevance to today’s political climate.

Because of their timeless connections to human nature, Shakespeare’s works are endlessly malleable. In this version, Coen has shot the play using the stagey, exaggerated design techniques unique to German cinema of the silent era. Nothing is naturalistic; angles are sharp, sets make no logical geometric sense, and as the characters become more sinister, the walls appear to be caving in on them. It’s undeniably effective to have the stunning black and white visuals (by cinematographer Bruno Delbonnel) match the emotions of the characters with the welcome side effect of making the challenging storytelling that much clearer.

Even if you’re not a fan of the icy and emotionally distant tone of Coen’s previous films, it’s impossible not to admire the sheer craftsmanship that he brings to his work. These are not slapped-together films made for a relaxing but forgettable Saturday night at the movies. You have to listen to a Coen film; the expectation is that you will, at the very least, give the final product as much attention as the filmmaker did in bringing it to you. It’s an issue of mutual respect, and Coen expects the audience to pull their weight.

“The Tragedy of Macbeth” stars Denzel Washington and Francis McDormand, so what more needs to be said? Both are predictably magnetic and well-aged for roles that are typically played by younger performers.  Their advanced years give their parts an even more tragic and weathered feeling. The real discovery is Kathryn Hunter as the three witches who put the story of Macbeth into motion. Hunter is a human rubber band whose body appears to be its own special effect, except that it’s not; she is actually twisting her body and face that way. Her unique physicality and deep guttural croak are appropriately disarming and unforgettable.

This is very good entry-level Shakespeare, faithful yet accessible and beautifully filmed and performed. If you’ve been hesitant to get into the world of the Bard for fear of feeling alienated and/or uneducated, fear not – this one is for you.

* One suggestion: As an English teacher, I’ve always found Shakespeare to be more understandable and effective when watching and/or listening to the play while following along with the written text. So, fire up your Apple+ subtitles for an even more rewarding experience. 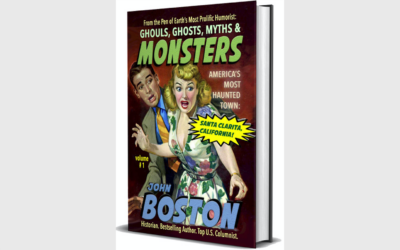