Savannah Burrows, who celebrated her 17th birthday in April, has done quite a bit since winning the KHTS Country Showdown Contest in July 2016, when she performed for thousands of country music lovers.

“The showdown contest gave me the opportunity to relate to such a large audience where I felt a strong connection had developed between my original music, my audience and myself,” said Savannah, a resident of Santa Clarita who is a junior at West Ranch High School.

Since winning the contest that summer, Savannah and her band have been playing regularly to larger audiences at venues including the Canyon Clubs. 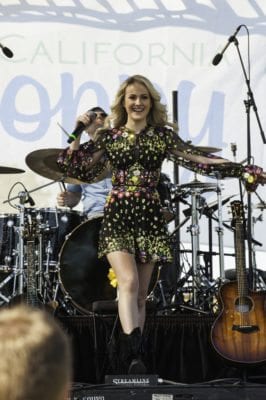 “I am very appreciative of Lance and Jake Sterling, owners of five concert venues here in southern California, for giving me the amazing opportunity to perform and connect regularly with happy audiences in front of important performers of all time that we all grew up with,” Savannah said. “Lance and Jake have recently opened a really cool new Canyon Club in Santa Clarita. When I perform there, my dad and I regularly invite 25 friends and his business associates because they enjoy both the first-class entertainment and their amazing food menu.”

Most recently, Savannah opened for Chris Lane during the 27th annual California Poppy Festival on April 22 in Lancaster.

“I had the privilege to open for country artist Chris Lane, who was recognized as American Country Music’s New Male Vocalist of the Year, and has a No. 1 hit, ‘Fix,’” Savannah said.

She is currently getting ready to open for Diamond Rio on June 30 at the Santa Clarita Performing Arts Center at College of the Canyons.

“Diamond Rio won Vocal Group of the Year six times,” Savannah said. “They’re the first group in the history of country music to have a debut single reach No. 1 on the charts.”

“I am really honored to be with these amazing country legends and my hometown of Santa Clarita,” Savannah said. “I love their music, and they are awesome guys.”

In other accomplishments, Savannah was selected by PBS NewsHour for a journalism fellowship program at the 2018 Student Reporting Labs Academy in Washington D.C., where she will attend workshops in news reporting and journalism. Savannah’s excellent communication skills have also enabled her to have a KHTS Radio Show with her co-host, Hanna Greenwald. She’s also a producer on West Ranch Television.

Looking back on her success as a musical artist so far, Savannah said it wouldn’t be possible without the huge outpouring of support she has been given over the years. 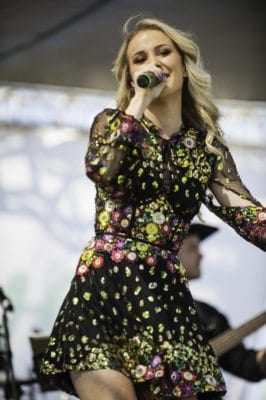 “There is no question that the loving support I have received from of The Signal newspaper, KHTS radio station, The Canyon Clubs, College of the Canyons, Canyon Theatre Guild and the cities of Santa Clarita and Lancaster/Palmdale, have done the most in giving me the wonderful opportunity to launch my singer/songwriting career,” she said. “Just as important, I must continuously demonstrate to my supporters my serious commitment to prove that I am doing everything possible, every day, to earn my place in country music.”

Bruce Burrows, Savannah’s father, said his daughter’s poise and confidence – and the dedication it takes to earn her way to becoming one of the best country music singers and songwriters – is why he believes she will make it.

He recalled the time when Savannah said: “Daddy, this is what I want to do for the rest of my life! Can I please take guitar lessons?”

“That’s what Savannah said to me as she pointed to Taylor Swift on stage performing her ‘Fearless’ tour at Staples Center when she was 9 years old,” he remembered.

“Since then, her mother and I have witnessed her passion for music and her insatiable drive in learning how to play mandolin, acoustic guitar, 12-string guitar, piano and ukulele; and writing and performing her original country music songs,” her father said. “She loves inspiring her audience through her personal experiences, and high energy performances.”

As far as her future performances are concerned, “it is looking like I might get to play at the Ryman Auditorium next year, which would be a dream come true,” she said.

Above all, “My goal is to become one of country’s best artist, and a role model to girls of all ages.” 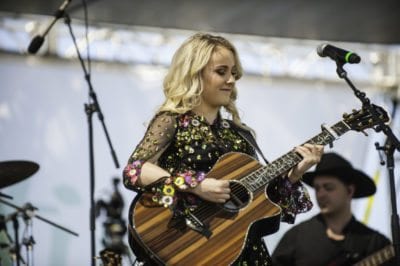