Larry Coia celebrated his 80th birthday at The Moose Lodge in Canyon Country on July 21.

The Coias have been a well-known family throughout the Santa Clarita Valley and beyond. Larry and his wife of nearly 60 years, Sharron Coia, have a total of six children, 17 grandchildren and 22 great-grandchildren. 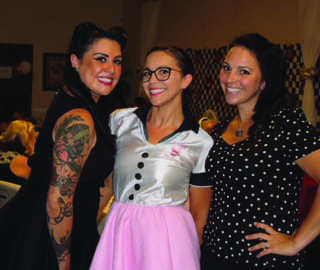 Larry, a former 25-year employee of Anheuser-Busch, retired in 2004. He spends his retirement golfing twice a week with the seniors at El Caruso Golf Course, and more often if he gets the chance. When he cannot be found on the green or with family, he’s at The Moose Lodge or The Elks Lodge, as a member of both fraternities in Canyon Country. Larry is looked up to in his many roles, whether a grandpa, a great-grandpa, a father, or a friend. 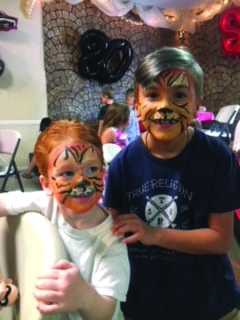 The party’s theme was a rock ’n’ roll ‘50s and the atmosphere stayed true to its style. The walls were decorated with records, checkerboard patterns and photos of Larry through the years. The hall filled with timeless tunes from Elvis Presley, Buddy Holly and Little Richard. Even the party-goers followed suit and dressed up to the theme. Children and adults wore pin-up hairstyles, tucked-in shirts and even poodle skirts.

Guests enjoyed the music, refreshments and food as they spent a memorable time with family and friends. Children were happily playing together with their faces painted like animals, superheroes and princesses. After everyone joined in singing “Happy Birthday” to Larry, he took the stage and shared a speech. His speech could have been perceived as a stand-up comedy set, because his bubbly personality and sense of humor made the event erupt with laughter. Larry’s children took the stage, sharing their favorite memories with the same humor as their father.

Toward the end of the event, Larry reflected on turning 80 years old: “The only reason why I turned 80 was because I could only be 79 for one year!”