A recap of recent sports results

The following summaries were provided by team coaches and/or representatives for some of this past week’s Santa Clarita Valley prep sports action. The Signal thanks all who submitted for helping get the word out about local athletes’ achievements. In the event that both teams submit reports on the same event, the reports will be edited to combine them into one summary:

Casey Edwards had all the right stuff on Monday for Valencia, allowing zero runs and besting West Ranch by a score of 4-0.

Valencia got things moving in the first inning, when Izzy Mertes tripled on a 0-1 count, scoring one run.

Valencia had seven hits in the game.  Addison Snyder and Emma Bramson each racked up multiple hits for Valencia.

Valencia got out to a six-run lead in the first inning and held on for an 8-7 victory over Saugus on Thursday.

The base paths were crowded in this high-scoring game. Valencia collected 10 hits and Saugus had 10.

Valencia fired up the offense in the first inning.  Delaney Scully made it to second on an error scoring three runs for Valencia.

Casey Edwards earned the victory in the circle for Valencia. The fireballer allowed 10 hits and seven runs over seven innings, striking out four.

Valencia saw the ball well, racking up 10 hits in the game. Maia Paragas and Celentano all collected multiple hits for Valencia.

The SCCS Lady Cardinals finished off their regular season in stride Tuesday, giving their coach Matt Gale his 100th win at SCCS and an undefeated 2021 season. Finishing 11-0 overall and 6-0 in league, the girls will move on to the playoffs Wednesday. The two seniors, Ellyanna Edwards (committed to playing at Life Pacific University next year) and Sydney Boswell (committed to playing at Southwestern University next year) combined for 3 scores, which led to the 3-0 win against Beacon Hill. Boswell had 2 goals and 1 assist from her fellow senior Edwards and an assist from a free kick by teammate Sophia Soler. Edwards added a beautiful goal from Gianna Pellitier. The Beacon Hill goalie saved over 20 goals.

The West Ranch boys soccer team lost their final regular season game at Valencia 1-0. It was senior night at Valencia, which got a first-half goal from Marcel Palare for the game winner. Valencia had a chance to extend its lead in the second half on a penalty kick, but West Ranch goalkeeper Matthew Swanson made the save to keep it a one-goal game. Despite the loss, both teams will be going to the CIF playoffs.

The West Ranch girls lost their first game of the year at home to Valencia 4-1. The Lady Wildcats, who clinched first place in the Foothill League after Tuesday’s victory, finished the regular season with a 7-1-2 record. It was senior day at West Ranch, which got its only goal from Jenna Catalano. The Lady Vikings received two goals from Jordan Henderson and one goal apiece from Kaity Lee and Jackie Victorio. The Lady Wildcats will likely host a first-round CIF playoff game when the brackets are decided this weekend. 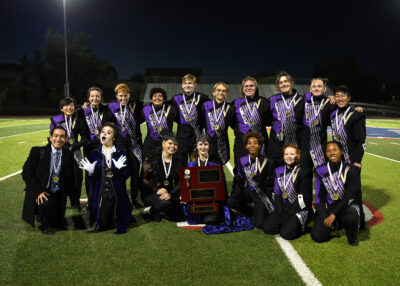 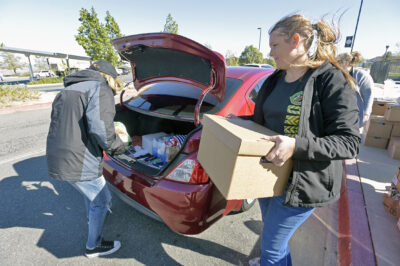