The Canyon Theatre Guild’s players are putting on a rendition of the Academy Award-winning Broadway musical, “Beauty & The Beast.”

“A tale as old as time,” the show will feature all of the songs written by Alan Menken and the late Howard Ashman, along with new songs written by Menken and Tim Rice. The show dates begin in late July until mid-August, playing every Saturday and Sunday.

For more info on tickets and seating, visit their website here.

The Santa Clarita Performing Arts Center also has rounded out the summer calendar with a series of shows, including a Grammy-winning group of artists.

On Wednesday, June 27, at 7 p.m. 60 musicians under the command of Capt. Rafael F. Toro-Quiñones and the Golden West band are playing. It’s the Air Force’s only active-duty musical unit based west of the Rocky Mountains.

Formed in 1989, Grammy-winning group Diamond Rio follows the next day at 7 p.m. with a special guest performance by Savannah Burrows, winner of the 2016 Country Music Showdown. The proceeds from the show are going to benefit the SCV Disaster Coalition.

COC is also hosting Cam, the country music, singer-songwriter taking the music world by storm. Originally from San Francisco, Cam began her career writing material for several artists, including Miley Cyrus. Cam has relocated to Nashville and is dazzling country music fans with her edgier, updated sound. Her performance is scheduled 7 p.m. Aug. 19.

The Canyon Club is offering an array of performances where you can enjoy dinner, drinks and a show this summer.

The city of Santa Clarita invites the public to venture out to attend upcoming theater productions at The MAIN, at 24266 Main St. in Old Town Newhall. The MAIN is the home for music, comedy, film, theater, visual arts and workshops, and it was recently transformed into a multi-use arts center.

Tickets are now on sale for July theater shows, “25th Annual Putnam County Spelling Bee” and “Harold and Maude.” Learn more about these shows and purchase tickets by visiting AtTheMain.org/tickets.

The MAIN is showcasing “Toxikologie,” an exhibition showcasing vibrant, layered polyptych-style works, inspired by both Harajuku high fashion and medieval altarpiece forms, by artist Kitty Cutshall. The gallery will remain at The MAIN until July 13.

Pablo Cevallos, The MAIN theater manager, said they had a successful opening night Thursday for Cutshall’s gallery, with over 160 people in attendance.

Cutshall also sold a few of her pieces, he said.

“She’s a local artist, and recently graduated from COC. We even had a few audience members that knew her from living in Santa Clarita and I believe her work was intriguing to the audience,” Cevallos said.

The MAIN will also hold an artist reception for Ryan Coursey’s and Ron Pinkerton’s photography exhibit. “It’s going to be a dual exhibit, so we are dividing up the gallery for each photographer,” Cevallos said.

Pinkerton photographs desert photography and abandoned places. He shoots predominantly at night and lights the scene with colored lights. Coursey is a lifestyle and travel photographer and exhibits photos of his travels and Downtown Los Angeles.

Both photographers will exhibit their featured images 7 p.m. July 19. Guests will enjoy light snacks, music and a chance to meet the photographers.

For more information about the arts events and opportunities coming up in the Santa Clarita area, visit https://calendar.santa-clarita.com. 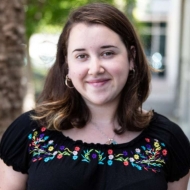