Adam Lee, founder and former owner of Siduri Winery, is not an imposing figure. But he makes new friends and maintains his sizeable contingent of old ones with his infectious (and often self-deprecating) sense of humor and genuine willingness to help out however he can. That’s how he gained his nickname, Uncle Sid (for Siduri).

Adam, a certified wine star, has gone from being a wine buyer in Texas to an acclaimed and well-respected maker of world class pinot noir to being a broker of winery sales. A pretty amazing transition for someone with no prior education, training, or experience in wine making.

Together with his former wife, Dianna, Adam founded Siduri Winery, renowned for pinots from California and Oregon. Siduri’s first release was in 1994. Robert Parker described Adam’s Siduri wines as having a “high reputation for limited production, interesting, [and] high quality.”

Success is a two-headed coin. While the financial returns were great (he got up to 35,000 cases of wine), Adam felt like the winery was controlling him, rather than the reverse. “It became a little out of control,” he says. It became a recognizable brand, which while is an achievement in and of itself, it also restrained creativity. If he decided to make his Garys’ Vineyard pinot in a different style, he was concerned about possible backlash from Siduri lovers.

The solution came from an unexpected source. In 2015, Jackson Family Wines became so impressed with Adam’s success with Siduri that they bought it, convincing Adam to remain for an additional three years. Adam honored that commitment and then some. Seven years later, he still consults with Jackson on all of their pinot projects.

Adam, never one to sit still, now has another label, Clarice. Adam says that Clarice, while still pinot noir, is more structured than Siduri, with more whole cluster fruit and no yeast or malolactic bacteria. It’s different from anything he ever did at Siduri.

But why would someone who’s made what is assumed to be a lifetime of money from the sale of one winery decide to repeat all of the headache and heartache in opening a new one? “Sheer idiocy,” he replies at first. Truthfully, he felt like he still had something to say with wine. And, because it was small (using fruit from 4 acres, about 600 cases), it wasn’t such a monumental task.

Clarice is all Santa Lucia Highlands, with the grapes coming from Rosella’s Vineyard and Garys’ Vineyard only, vineyards owned by two of his favorite wine families, the Pisonis and the Franscionis. He’s excited about showing the world a different vision of the Santa Lucia Highlands. He’s enjoying making wine the Burgundian way. That is, rather than blending and taking fruit from a variety of sources, he’s tied to these two vineyards, so he has to make do with whatever they produce for him from one year to the next.

He’s done all of this while also coping with Bell’s Palsy and prostate cancer. He simply doesn’t let anything slow him down.

I met up with Adam and his general manager for Clarice, Morét Brealynn Chavez, in Santa Barbara at the World of Pinot Noir (“WOPN”) earlier this year.

I asked Adam why he, such a well-known figure in the wine world, still comes to WOPN. “It’s because WOPN attracts savvy wine consumers who can appreciate distinctive pinot; coming to WOPN increases Clarice’s exposure to likely future buyers; and, I can add to my mailing list.”

Adam remains securely tied to the wine world and seems to be having the time of his life. In my next column I will discuss Adam’s foray into brokering the sales of wineries and Morét’s own wine brand. 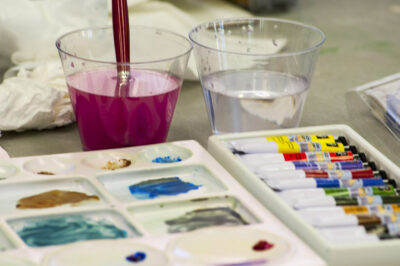